This is my first foray into the Buffy novels and I have to say it was a pretty good one to start with. The characterizations were well-done, most notably Willow and Xander (I could just hear their dialogue and see their expressions), with the exceptions of Cordy, who sounded like herself about half the time, and Giles, who just seemed off somehow. The plot moves well enough along and the action was well-written. I especially liked their new vampire equipment that you can't help but think, "Why didn't anyone come up with this before?" The banter was great and definitely had the feel of the show, it made me laugh quite a few times. The only thing I had a problem with was Buffy's indecision about Pike and Angel. While I get the part about Pike being a 'normal' guy who knows that she fights paranormal crime and isn't put off, but why does she have such strong feelings for him still? It's been two, two-and-a-half years since she even saw him, I just don't see it. Also, the 'impossible love' between Buffy and Angel was redundant. If anyone has ever seen the show (and how many are going to read the books if they aren't a fan?), they already know all the angsty melodrama on the subject. One remark on the subject was all we needed, not repeatedly using just about the same two phrases a million times. With those two quibbles said, this was an entertaining book that took me back to my favorite time of the show, the high school years. 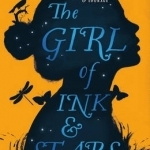 (1 Ratings)
Book Rating
This is quite a short YA novel, a standalone book that I just picked up on impulse. I immediately got the impression that this was aimed at slightly younger teens - the protagonist was only thirteen, so I didn't really connect that much. It's that awkward age where you think you're old, but you're not. I could imagine thirteen-year-old me would enjoy this quite a bit.

Isabella lives alone with her father, a skilled cartographer. Her mother and twin brother had passed away, leaving the two alone. The Governor had taken control of the land, and his daughter, Lupe, attended the same school as Isabella. The two were very close, and Isabella's angered outburst causes Lupe to run off into the Hidden Territories to prove she wasn't "rotten". A classmate of theirs had recently been found dead, and Lupe was going to find the killer.

Isabella, disguised as her deceased brother, shows Lupe's note to her father and a small group begin going after her, Isabella included. They follow a map passed down to Isabella's mother, through blackened forests scattered with bones. They do find Lupe, along with the Banished and, worst of all, the hell dogs from Isabella's favourite myth.

This myth turns out to play an important role in their journey, and Lupe discovers something about her father when he sacrifices himself to fend off the wolves. They face Yote himself - the mythical fire demon - and Isabella finds herself returning home without Lupe.

It is quite a young teen book, as I said, and the plot develops all because of Isabella calling Lupe's family "rotten". This drama and exaggeration is pretty typical of a children's/teen book, I find, and seemed a little immature to me. The writing was great, I just couldn't get over the simplicity and immaturity of the plot at times.

For a teen book, it was quite dark at times - a lot of death was included. The ending was both happy and sad, which is nice. I get quite fed up of too many happy endings. 3 stars.
Kudos 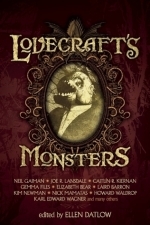 This deliciously creepy and loving tribute to the master of modern horror features riveting... 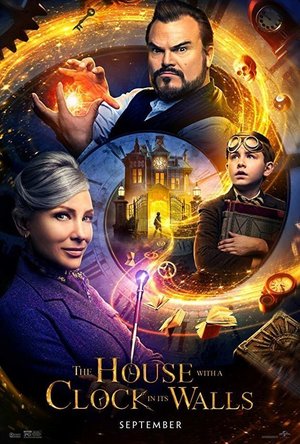 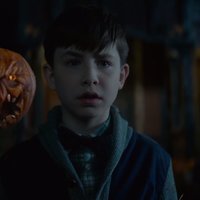 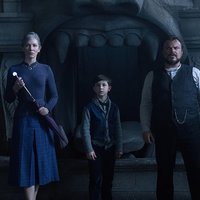 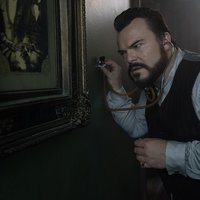 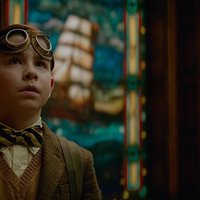 The actors, the filmography, the effects, is influenced by the book but does not follow the book (0 more)
is influenced by the book but does not follow the book, The time period, made weak women out of a strong women (0 more)
Cool Movie
Contains spoilers, click to show
I enjoyed this movie. The actors were all good choices, and the effects were great- for the most part. The movie was definitely influenced by the book, but did not stick close to the book. The choice to not stick close to the book could be seen as a wise one, as the director/ producer probably wanted it to be relatable for the viewers. The problems I had with the movie, was the time period, that they took strong women characters and made them weak, and that the Uncle was hiding his powers. The time period was a few decades earlier in the book, which helped explain the main characters quirks a bit better than the movie did. The women in the movie got the "Women in the Refrigerator" treatment. Meaning the two big women roles, who in the book were highly powerful, were lowered in their abilities in the movie. The neighbor witch to the main character, was elderly and was more powerful than the Uncle was and never had a curse put on her in the book and didn't have a romantic relationship with the Uncle. Also, Selena was the one who was summoned in the book and was the main baddie, while in the movie they teamed her up with her husband effectively making her character useless. Another point, the magicians and witches in the books didn't hide their powers, magic was meant for anyone to learn or study. In the movie, magic is hidden and only for a select few. I did love the part were the demon showed up, it was very freaky and made what was meant to be a kids movie into a "uh...well that was disturbing," kind of dark tone to the show. I love Eli Roth's films, but he could have done a little bit more with this than he did.
Kudos 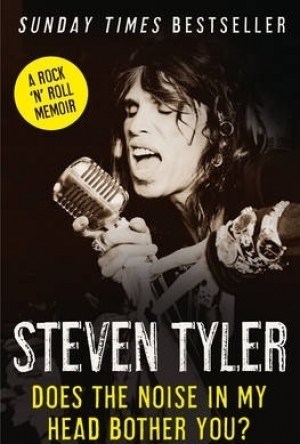 Does the Noise in My Head Bother You?: The Autobiography

The long-awaited, never-before-told, no-holds-barred memoir from the legendary Aerosmith frontman.... 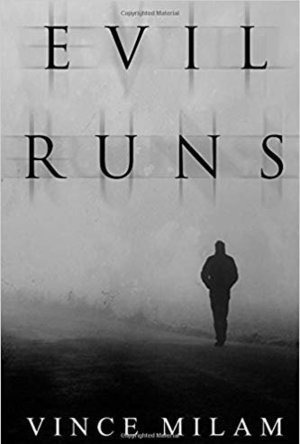 (1 Ratings)
Book Rating
A French priest, a Texas sheriff, and a female CIA agent walk into a bar looking for Evil. Sounds like the start of a corny joke, but it's not. Evil Runs by Vince Milam is a religious thriller that takes these three on a trip around the world to destroy the evil that has disrupted their lives.

Still grieving the loss of his wife, Sheriff Cole Garza is now dealing with multiple homicides at a nursing home in his small Texas town. Leaving the scene, he sees a most peculiar man who appears to be running away from another man with a long gray ponytail who is just as peculiar. Looking into the eyes of the murder suspect, Cole sees something familiar, something he saw in the eyes of his wife's murderer. When Father Francois Domaine appears in Texas with orders from the Vatican, things begin to really get strange. They have a suspect in custody and are currently looking for his accomplice, Adal Moloch. He was the peculiar man seen leaving the crime scene, and the hunt is on. With the help of Nadine May, a CIA operative with unbelievable tracking and computer skills, they are able to follow Moloch wherever he goes. Will they find him and bring him to justice before more people are hurt?

This is a book for those who believe in a higher power, or for those that don't, you just might after reading this book. Adal Moloch is not your typical suspect. He is a demon sent to have his evil bidding done by anyone who is willing to follow him. Destroying him is going to take more than a bullet to the head, but also a faith that God is stronger than him with that faith you can destroy anything. We always wonder if faith is enough. Can our faith in God destroy the evil that is around us? Can we rise above the evil and do what is right? At first, I was a little skeptical about this book thinking it was going to get a bit paranormal, but it didn't which made me thoroughly enjoy it. This is the first book i a series and I can't wait to read what is next.
Kudos 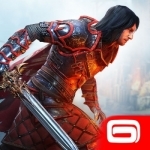 ... To all Action-RPG fans: The ancient prophecies were true. The Demon Lord Baal is set to return... 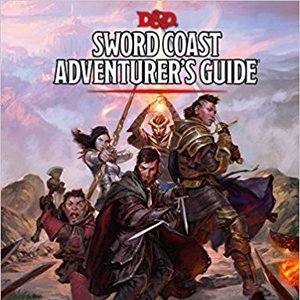 Get everything you need to adventure in the Forgotten Realms on the exciting Sword Coast, home to...

Ross (2917 KP) rated The Siege of Abythos in Books 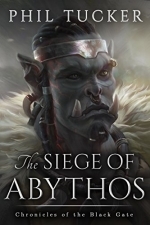 (1 Ratings)
Book Rating
Poetry battle (2 more)
Poetry battle
Poetry battle
The third instalment in the Chronicles of the Black Gate series is the biggest yet, in terms of page count. The story follows the same PoV characters as previous books but their adventures are now covering so much more of the world and the storyline is becoming quite entangled.
Tharok's attempts to unite the orc-like kragh tribes and invade the human world continue, meanwhile Lady Iskra seeks to rescue her son and take revenge on the Ascendant's empire.
This book covers a lot more political debate and intrigue than the previous two, with prolonged discussion of who should be invaded, and what should be done thereafter. While this is very much a necessity in such an epic tale I felt it was somewhat laboured at times.
I very nearly gave up on this book at one point - where the portly magister Audsley (who has three demons lurking in his soul) was seeking to inveigle his way into the upper echelons of the empire, most of this storytelling centred around the colour of robes to wear, the type and colour of paper to use in sending letters and reciting poetry. Again this was very much laboured but bearable, until it looked like we were heading for what can only be described as a poetry battle, where Audsley (coached by one of his demons) was set to take on a senior government official's poetry representative in a battle of wits to see how would curry favour in the empire.


At this point I very nearly gave up. Thankfully, so did Audsley and the contest ended abruptly as he refused to let his demon take control of him. Phew. Disaster avoided. If this had been allowed to continue it would have made Tom Bombadil look like a critical plot point.


Other than Audsley's chapters (which in the previous book had been a highlight) the book does roll along at a reasonable pace and there is just about enough action to keep the interest, particularly in the last 100 or so pages.


All in all, a good read and a turning point for the series as a whole, but a lot of nonsense could have been removed, (Edgar Allan) Poe Shizzle.
Kudos 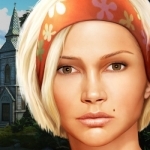 [ The acclaimed point and click adventure Secret Files Sam Peters has now found its way back onto...