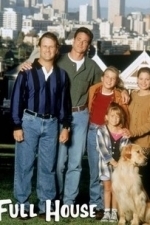 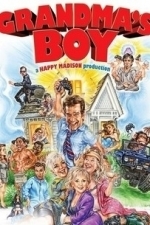 (3 Ratings)
Movie Rating Watch
Life for video game tester is often filled with long hours, countless repetition and ever looming deadlines as the rush to get the latest games done and on budget is a key factor in the gaming industry. Often testers, much like the game coders toil away in obscurity with only their fellow gamers and personality quirks as their only companions. One such individual is a man named Alex (Allen Covert), a 36 year old professional game tester who suddenly finds himself out of his home thanks to a roommate who spends months of rent money at a local brothel.

Undaunted, Alex drifts from friend to friend often with disastrous results as he attempts to take stock of his situation and avoid the unpleasant alternative of moving in with his Grandmother (Doris Roberts) and her friends. With a deadline looming for his company’s latest game, a producer named Samantha (Linda Cardellini) is brought in to get the team on task. Faced with the reality of sleeping at his desk thanks to a rather embarrassing incident at a friend’s house, Alex is forced to reluctantly take refuge at his grandmothers.

Since Alex is the old man amongst the early 20’s testers who want nothing better than to break his unbeaten streak in head to head game challenges, Alex is forced to tell his co-workers that he spends his nights with three women and they wear him out. The sad truth is that Alex is worn out from 6:00 AM wakeups followed by three hours of chores before going to work. As if life was not complicated enough for Alex, the head game designer J.P. (Joel Moore), becomes more and more eccentric and this is only fueled by his interest in Samantha and his knowledge that Alex is attracted to her.

With a premise like this “Grandma’s Boys” has all of the ingredients to be a fun comedy that continues in the tradition of Adam Sandler’s comedies since his company produced the film. Sadly the film despite a few laughs becomes utterly predictable and drags in many places. The cast is enjoyable enough, but the jokes are too far between leaving the cast to carry the story which sadly is not strong enough to support the down time between jokes.

This is not to say that there are not some funny moments in the film as I can think of at least a half dozen good laughs. The issue is that when you have to wait 15-20 minutes between then in a film that is just over an hour and a half, it does tend to make the film drag. Also, much of the humor is derived from drug use. While it is funny in spots, the constant use of drugs, being stoned, and so on becomes old fast and makes the film seem like a one trick pony.

Covert who co wrote the film does his best in the film, but seems best suited as a supporting character as his character while likeable does not really connect with the audience the same way that one would with say Sandler, Schneider, or even Stiller. There are some good cameos in the film and Shirley Jones, Ms. Partridge herself is good as the older lady with a healthy libido, but I just could not help think that this film could have, and should have been much better than it was.

In the end, despite some good moments, there simply was not enough of them to save the film as the thin story, repetitive themes, and long gaps between good jokes ultimately sinks the film. It was nice to see a film about game testers as it is a group that is rife with comedic potential to be exploited, but sadly Grandma’s Boys barely scratches the surface.