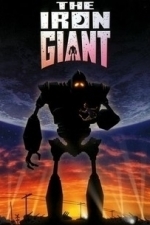 The film takes place in October of 1957, when America had plenty to be worried about. Rock ’n’... 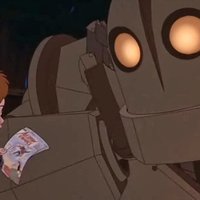 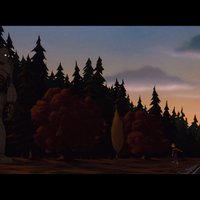 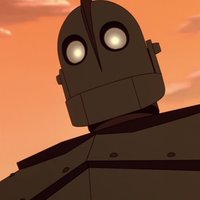 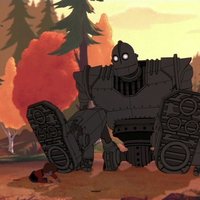 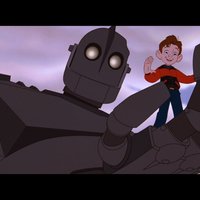 And that is too bad...for the film that was released - THE IRON GIANT - is a wonderfully warm and heartwarming tale of friendship, acceptance and, yes, intolerance of those different from you, set against the backdrop of the Cold War of the 1950's.

Marking the full length feature animation Directing debut by Brad Bird (THE INCREDIBLES), THE IRON GIANT tells the tale of young Hogarth, who finds a...well...Iron Giant... who has fallen to Earth from Outer Space. Hogarth befriends The Iron Giant and helps to hide him from Military-types who see this as a threat to the safety, security and superiority of the United States.

Featuring the vocal talents of Jennifer Aniston, John Mahoney, Harry Connick, Jr., Christopher McDonald and Eli Marienthal (as Hogarth), this film is warm and inviting, showing "good characters" that you want to root for and spend time with spar with "bad guys" that you want to see defeated. All of this over a character that is naive to what is going on around him. Special notice should be made of Vin Diesel's vocal work as The Iron Giant. He says very few things, but the words that he does say, convey strong emotions.

You can see the seeds of THE INCREDIBLES in this work of Director Bird. The action sequences are fun and effective and are off-set by slower, more personal, scenes of the characters getting to know - and interact with - each other. He shows a deft touch in balancing these items, finding the right amount of pathos and pace throughout.

The main themes in this film - fearing that which you do not know/do not care to understand resonates to this day and is a reminder that kindness can go much further than fear/ignorance/intolerance.