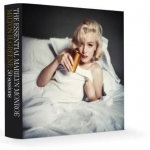 Milton H. Greene (1922-1985), famous for his fashion photography and celebrity portraits from the... 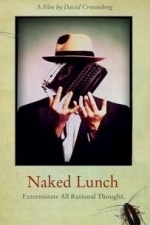 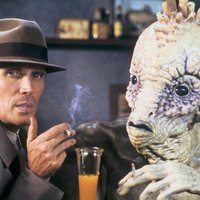 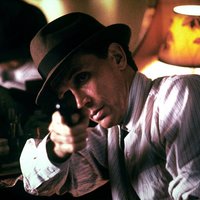 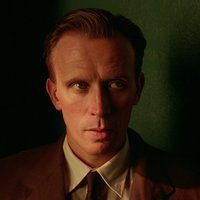 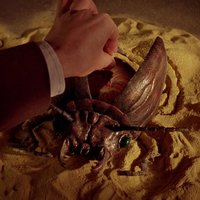 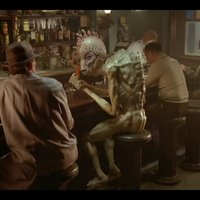 Exterminate all rational thought.
The closing line from Roger Ebert's TV review of Naked Lunch was "I love what he did, but I hate it!"

Director David Cronenberg has always been known as someone who pushes the envelope of film storytelling to its limit. This is not more on display in maybe any of his films more than it is in Naked Lunch.

In 1952 New York, pest exterminator Bill Lee has an problem in his life. His wife, Joan, has begun using and is now addicted to his "bug powder" he uses in his job. She shoots it into her veins for her narcotics addiction. She is so full of the intoxicant she can even breath on cockroaches to kill them . Bill is arrested for his involvement and begins to trip himself.

His high continues as he now believes he is a secret agent who has been told he must murder his wife. He returns home and actually accidentally does so in a case of ironic accomplishment.

His trip takes him to North Africa where he meets a slew of bizarre and unsavory characters in his attempt to complete his ongoing "mission". He writes a series of articles using a typewriter which continually morphs into a giant cockroach. He finds another man who lets him borrow his typewriter in which his living typewriter is maimed and killed by Bill's device. Another man Bill meets may actually be a giant killer centipede in disguise!

If this doesn't make a lot of sense, I don't think it is really supposed to. Cronenberg's film, according to the writer/director himself, is an amalgam of not only the source material novel by William S. Burroughs, but also other works by the author and even some aspects of Burroughs' own life including the wife shooting incident.

Pretty much right from the start you know you are in for something very unusual when Lee starts having a conversation with his bug typewriter 15 minutes into the film. Then add another conversation with a giant "mugwump" sitting at a bar, a bug that bizarrely speaks in a voice from his bulbous anus and the fore mentioned giant centipede, you have a film in which you never are fully aware of what is real or what has become a drug-filled fantasy.

Cronenberg's fascination with the "body horror" style of film goes way back to some of his earlier films including The Brood and Scanners as well as They Fly remake. All his skill at creating one of a kind images are on full display here and you can't take your eyes off the screen as a result.

The entire cast really inhabit their roles including Peter Weller (who turned down Robocop 3 for this role) as Lee. His monotone, stoic delivery and minimalist physicality is perfect for this role. Throw in supporting performances by Ian Holm, Judy Davis and even Roy Scheider and you have found a perfect ensemble for this strange acid trip of a film.

The jazz soundtrack is also legendary including saxophone maestro Ornette Coleman off a score from Howard Shore. The improvisation and inconsistent melodies are a partnership with the unusual story taking place and form a symbiosis with the film.

You definitely leave the film wondering what you have just watched; however, sometimes that s a good thing. The director makes you think about what you have watched and decide for yourself the important elements what what is actually true.

A true classic in its own right
Kudos 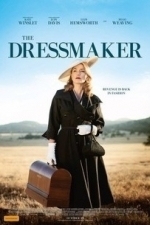 (2 Ratings)
Movie Rating
Characters – Tilly Dunnage is a glamorous woman that has seen the world learning the fashion world, she has returned home for revenge after being forced to leave the town as a child, she helps the women of the town look gorgeous and extra special, while she convinces herself that she isn’t cursed. She knows how to turn heads using her cloths to make this happen. Molly is the mother of Tilly who has been living in isolation for years, she didn’t want her daughter to return, even though she doesn’t start to bond with her after all these years apart. Teddy is a young man in the town, he is one of the few people that looked after Molly while Tilly was away, he soon takes a shine to her, wanting to prove that she didn’t do anything in the first place. Sergeant Farrat is one of the people that is happy to welcome Tilly back to town, he does have his own secret which involves his cross dressing, making him easy to twist when Tilly wants information.

Performances – Kate Winslet is great in this leading role, bring us a character filled with guilt who is just as happy to show a positive confident side to the people in the town. Judy Davis is a scene stealer in this film, being able to get the laughs required to make her the most memorable part of nearly ever scene she is in. Liam Hemsworth is at the best he has ever been, which is great to see him breaking away from the roles that aren’t working for him. Hugo Weaving gets to have a lot of fun in his role too.

Story – The story follows a woman who returns home to get revenge on the people that forced her to leave, only to learn that town has just as many secrets within the walls, that revenge is just about letting them out. We get to see how a town can turn enough heads to make everything seem like nothing is wrong, only for a curse to be waiting to be lifted if it isn’t inside somebody’s mind. We do get a lot of characters being introduced which can make things difficult to keep up with because we get plenty of little factors that do lead up to the personal conflict between the characters. this is a lot more fun of a story than I was expecting even though it is sprinkled with very dark moments.

Comedy – The comedy in the film does come the quirky nature of the events as they unfold, we have plenty of fashion related comical moments as well as small town gossip, which will get laugh along the way.

Settings – The film is set in a small rural Australian town, where everybody does know everybody else, we are filled with gossip and instant reactions to anything that goes on in the town too.


Scene of the Movie – Leaving town.

That Moment That Annoyed Me – Slightly too many characters.

Final Thoughts –This is a quirky dark comedy that is sprinkled by the elements of revenge, which does keep us wondering just what is the endgame of her decision making process.