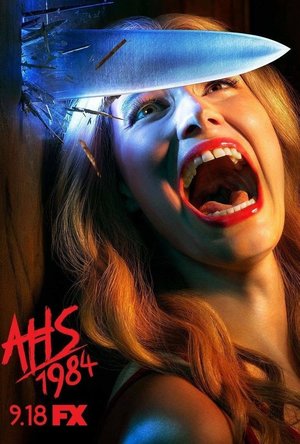 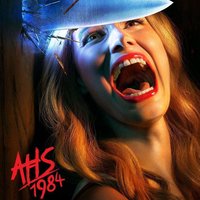 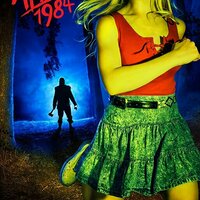 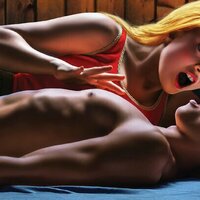 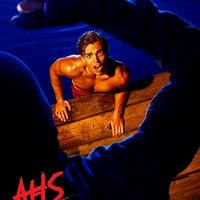 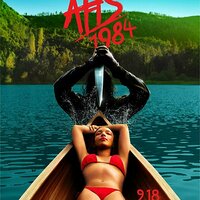 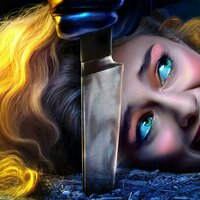 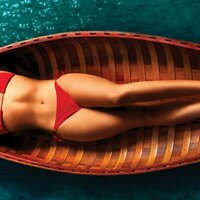 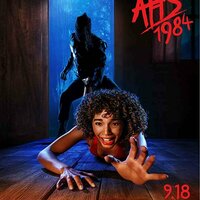 The ninth season of AHS, subtitled "1984" is definitely up there in terms of silliness. However, where this has been an issue for me with a few previous seasons, this time around it's a huge strong point.

1984 is one big homage to 80s slasher films, in particular Friday the 13th. If you've read my any of my reviews before, you will know that I bloody love a slasher, even the shitty ones, so this premise was always going to be a winner for me.

A big change this time around is the absence of big AHS names. No Sarah Paulson, no Evan Peters, no Kathy Bates. Their presence is certainly missed in some sort of capacity, but the cast we have do a solid job at carrying the season. Emma Roberts and Billie Lourd take centre stage here, and are both great. We also see some familiar faces in Leslie Grossman, Cody Fern, John Carroll Lynch, Finn Wittrock, Leslie Jordan, Lily Rabe, and Dylan McDermott, so it still has that signature AHS feel. A couple of newcomers are introduced as well - Matthew Morrison and Gus Kenworthy are both hilarious. Zach Villa plays real life serial killer Richard Ramirez (who briefly appeared all the way back in Hotel) and the guy is genuinely menacing. If another season of Twin Peaks ever gets made - he's a dead ringer for Killer Bob.
One of the highlights is "villain" Mr. Jingles (John Carroll Lynch). He's such a finely crafted character, that he honestly deserves to stand next to the Jason and Freddy's of the slasher world.

The story is pretty fun. Mixing 80s campy horror with more familiar AHS elements (such as ghosts not being able to leave the place they died etc) and is pretty engaging for the most part. It gets a little convoluted near the end, and lacks the depth that seasons such as Asylum and Roanoke gave, but it's forgiveable considering the quality of everything else.

As a final thought - the synthwave version of the theme tune is fucking awesome.

Where did you watch this?? Massive fan of this program and they only got 8 seasons on Netflix
Kudos

I watched it when it aired last year, only just got round to writing a review! I can't imagine it will be too long before it's on Netflix though.
Kudos