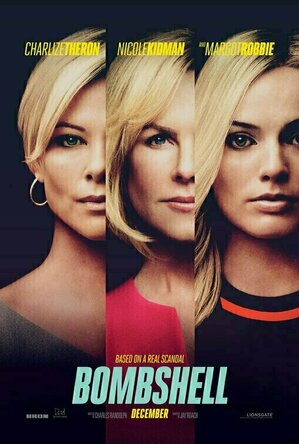 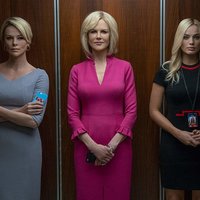 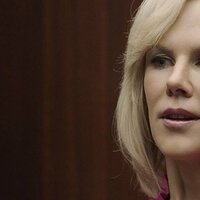 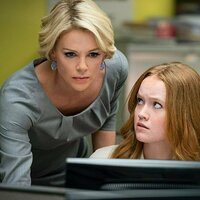 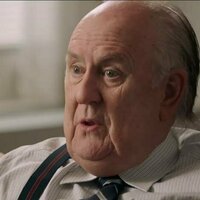 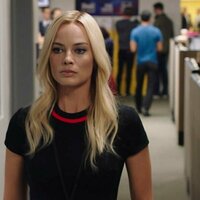 Well acted - and important - film
The new Jay Roach film, BOMBSHELL - the Fox News sex scandal film - focuses on the struggles of 3 female protagonists - Gretchen Carlson (Nicole Kidman), Megyn Kelly (Charlize Theron) and Kayla Pospisil (Margot Robbie) - as they attempt to climb (or stay at the top of) the Corporate Ladder while battling sexism and a toxic work culture at Fox News. It is a powerful story that is a necessary tale in the "#MeToo" era that demands viewers to stand up and take notice.

And with powerhouse actresses leading this film - standing up and taking notice is an easy thing to do.

Based on factual events, BOMBSHELL portrays the sexism that female on air personalities encounter at FoxNews - a place filled with "good ol' boys" who patronize and sexualize the females in the office to the detriment of the females and the benefit and gratification of the males. Surprisingly, they are joined in this by some other females in the office who figure "better them than me". At the top of the office - and the toxic work culture - is Roger Ailes (an almost unrecognizable John Lithgow) who is hailed by Fox as the man who can create the news - and profits.

Kidman, Theron and Robbie are well cast in their roles, showing nuance, concern and strength as these negative conditions rear their ugly heads over and over again. All 3 produce powerhouse performances - certainly up there amongst the best of their careers - and Theron and Robbie are well deserved Oscar nominees for their performances. Kidman was NOT nominated for her performance, but she is just as deserving as the other two.

But, for me, the real surprise - and the best performance - of this film belongs to Lithgow's portrayal of Ailes. His characterization shows a real wolf, taking advantage of his status and position, to prey upon those in his office. It is a sly, evil performance of a sly, evil man. What impressed me the most is that this performance - and this character - could have easily gone "over the top" into "pure villain" territory and Lithgow resists this temptation - to the betterment of this film, but to the detriment of his Oscar chances.

As written by Charles Randolph (THE BIG SHORT) this film has a pacing/theming issue for the first 1/2 hour of this film. Is it a serious film? Is it sarcastic look at toxic masculinity work culture? Is it an indictment on our current society as a whole? Randolph's script uses some of the same tactics as THE BIG SHORT, having performers breaking the 4th wall and commenting and narrating the events while looking directly at the camera. While this tactic worked very well in THE BIG SHORT (if you haven't seen this film, I highly recommend you do), it works less well here and Director Jay Roach (TRUMBO) wisely drops that "gimmick" after the first 1/2 hour.

A necessary - and powerful - film filled with tremendous performances that shine a light on a problem that is pervasive today. Which makes this film a must watch - as difficult as it is to watch at times.

Letter Grade: A- (the first 1/2 hour brings it down a point)