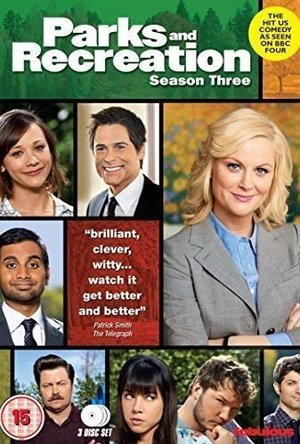 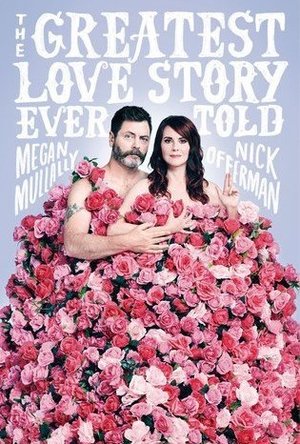 The Greatest Love Story Ever Told

At last, the full story behind Megan Mullally and Nick Offerman's epic romance, including stories,... 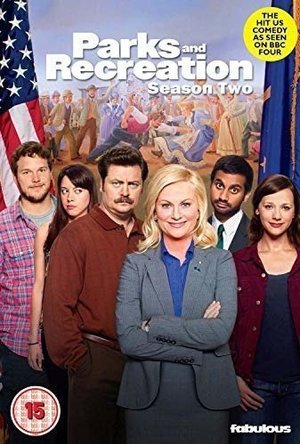 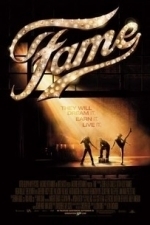 (3 Ratings)
Movie Rating
I love musicals so whenever the big guys at the studios decide to remake a classic like “Fame”(1982), I get, well, nervous. How could there be a remake of a film that is so well associated with the 1980s without mocking current audience’s film going standards? Would a new “Fame” be possible without the time period that created it in the first place?

“Fame” follows the year-by-year story of a group of kids who apply to and later attend the New York Academy of Performing Arts. The story follows their growth as performers and as people in the never forgiving streets of New York City. The film has the expected music, dancing, and moral tales about the harsh realities of people in search of that ever-elusive “Fame”.

Littered in guest stars ranging from “Frasier’s” Kelsey Grammer to “Will and Grace’s” Megan Mullally, “Fame” seemed less like the remake of a musical and more like a star studded Ellen show.

Still, there are some exceptional performances from less seasoned stars like Anna Maria Perez de Tagle who plays young aspiring actress Joy and Natuari Naughton as Denise a classical pianist who dreams of singing.

While the film is good, it lacks the heart of a truly engrossing musical. The acting is decent and the choreography is excellent but this modernized version of “Fame” complete with Barenaked Ladies song jokes is no “Chicago”. Moreover, the new version of “Fame” varies significantly from the classic, with hip-hop tracks and a rhythm heavy version of the classic theme song. For many the biggest downside to this musical is sure to be the less than engrossing musical numbers.

Like a darker “High School Musical” for a slightly older audience, “Fame” is a decent film worth a watch, but it will not have you singing a medley in your living room. 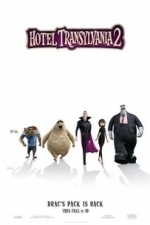 This movie was super cute. The adult audience, myself included, laughed out loud, a lot. The kids thought it was hilarious, too.

One thing I liked a lot is that NOT all the good parts are in the commercials and previews, which means there is still “movie left to see” when you get to actually see the film, which is frequently not the case with highly advertised films.

The movie picks up where the first one left off, showing the wedding of Drac’s daughter Mavis to human Jonathan, and quickly jumping from there to the birth of a child (a son! (Named Dennis)) and then to the boys fourth birthday.

When Dennis doesn’t show any signs of his vamp heritage, Drac feels he must step in and try to help the boy “find his fangs”. Jonathan’s parents are none too thrilled with this turn of events and protest in words and actions.

The overall tone of the movie is happy, and teaches a lesson of acceptance.

The chemistry that showed up in the first film, is back in force between Dracula and his hotel buddies, and causes the movie to flow along without any major hiccups.

The jokes are cute, and play to both the kids and to adult humor.

There wasn’t anything that I found to be so inappropriate that it made my grind my teeth, which was a nice change in a children’s film.

If I had to make a complaint, it would honestly be that the movie seemed to almost move TOO quickly and I could have sat through another 20 minutes at least. Even though it’s run time is 90 minutes, it doesn’t “feel like” it lasts that long, and even my 7 year old son said it was ‘a quick movie’.
Kudos 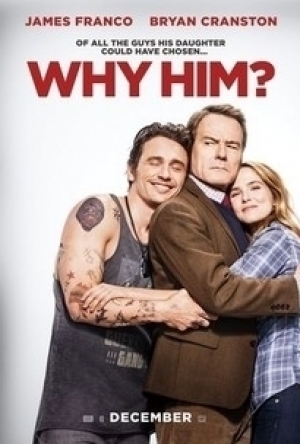 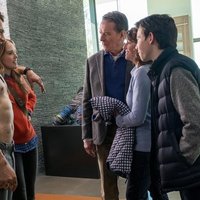 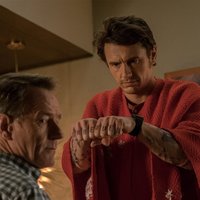 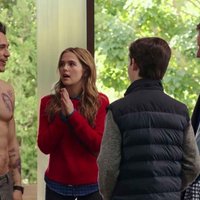 When an “out of touch” Midwesterner owner of a paper factory (Bryan Cranston) decides to take his family to California to spend Christmas with his college student daughter (Zoey Deutch) and meet her new tech-millionaire, but socially inept boyfriend (James Franco), a typical father vs boyfriend faceoff ensues. For many, Why Him? will be enough to satisfy the comedy itch. Those expecting to find the next gut busting comedy will be disappointed, while those thinking it will be a dull comedy will be pleasantly surprised. This film is somewhere in the middle. A constant stream of chuckles with a few bigger laughs here or there. But ultimately forgettable at the lack of main characters to root for.

The highlights of this film include Cranston who reminds us that he has comedic timing from his years in Malcom in the Middle. His chemistry and timing is played well across Megan Mullally who perfectly delivers a few genuine laughs as a Midwestern suburban wife trying to maintain the niceties. Their son (Griffin Gluck) also adds to the humorous family affair as a teenage brother trying to be taken seriously as an adult but still being treated as a child. Lastly, the always funny Keegan-Michael Key hilariously plays Gustav, the “estate manager” to the tech-millionaire boyfriend and spices up the film every time he seems to appear.

James Franco on the other hand quickly wears out is welcome as the socially inept tech-millionaire boyfriend. At times he is funny, however after the dropping the “f-bomb” so many times you begin to sees him as a basic, depthless “caricature” only going for the low hanging fruit of crude jokes. Still, his crude, repeated, jokes are no longer funny after the first few times we see them. The film tries to give Franco some “mysterious depth” through an eluded troubled childhood and his genuine honesty. Only the film never gives you any payoff, as Franco’s character never actually evolves past his caricature shortcomings. It is a shame, because we actually like the girlfriend character (Zoey Deutch) and want to understand what she sees in Franco’s character, however since he never really evolves, there really is no reason to like or root for them to be together.

I also want to point out that this film acknowledges its biggest flaw. At one point in the film a character points out that there is a war going on between father and boyfriend, only the boyfriend isn’t actually fighting. That’s true, and thus there is no real conflict and no real reason to root for any of the characters. Franco’s boyfriend character never evolves past his caricature. While Cranston’s father character only evolves because the movie devolves into “paint by numbers” territory in the last 10 minutes. Since there is no one to root, we do not really care the outcome as we got our chuckles throughout the film but will forget about it shortly after walking out the theater.

Why Him? Has a solid cast, a few unexpected cameos and delivers constant chuckles throughout, however without giving us a likeable boyfriend or any characters to root for, the lack of memorable gut busting laughs has this film as nothing more than a typical forgettable comedy.
Kudos