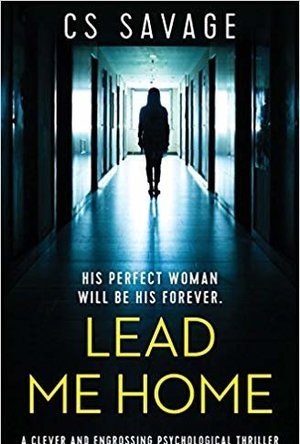 (1 Ratings)
Book Rating
Lead Me Home by C.S. Savage instantly reminded me of The Blind by A.F. Brady, The Binding Song by Elodie Harper, and The Foster Child by Jenny Blackhurst all of which also feature an overworked NHS psychiatrist struggling to cope with their demanding roles, who end up going beyond the call of duty in order to protect the most vulnerable.

In this book, Dr Clancy Mclean has her suspicions about a couple of her psychotic patients. One of which, Beth, is convinced she is being stalked and her health is declining rapidly. Feeling forced to take it upon herself to protect Beth, Clancy irresponsibly brings Beth home to stay with her and her daughter, Rowan. Er, not allowed!

But teenager Rowan is having troubles of her own, in the form of an abusive ex-boyfriend who will not leave her alone. When she meets her new boyfriend, an older and more mature man, she is so smitten she decides to keep him a secret to prevent her mother interfering ~ at least until she gets to know him better. After all, she met him online. Her mother would never approve.

The story is narrated by four characters. Clancy, her daughter Rowan, Beth who is one of Clancy’s patients and an unknown, deranged psycho, who shares his murderous plans in great (and very gruesome) detail.

Reading ‘Lead Me Home’ was like watching an episode of ‘The Wire in the Blood’, based on Val McDermid’s book of the same name ~ tense, gripping and oh, so horrific I could hardly breathe as I raced through to the end.

In fact, this is such a fast-paced, well-written, creepy read, it’s without a doubt one of my favourite psychological thriller’s this year. The psycho’s scenes totally freaked me out and I don’t think I’ve ever read a book quite as fast as this one!

When one person fell victim of the psycho, I felt absolutely, and emotionally, sucker-punched! Really, how could the author do that to me? Is this really C.S Savage’s debut novel, because I have to say I can hardly believe that is the case! I loved every minute of reading this. I’ll certainly be looking out for more by this author, and so should you!

Needless to say, I heartily recommend ‘Lead Me Home’, to other lovers of well-written crime fiction! Love creepy, psychological thrillers heavily steeped in horror? Then grab a copy of this book and prepare for a scare!

(1 Ratings)
Book Rating
This is the memoir of Agnes Light, a woman with a very strong passion for her working life. It's a story of her journey through life as a community midwife. This isn't the usual sort of book that I would pick up as I've never really thought about childbirth or the jobs of doctors and midwives. Since I am expecting my first baby I thought I would try and get some information, I've been trying self help books but have found them a bit too clinical and impersonal so I thought I would give this memoir a go. I was pleasantly surprised when I finished this...I really enjoyed it. I found the attitudes towards patients and staff within the NHS in the 60s to be fascinating compared to what it is like now. I knew it was different but just not how different. Agnes' journey was a brilliant read as it was like being in the room with these women as they gave birth, I felt really involved, emotionally and mentally. Some of her stories were heartwarming and filled with joy yet others were devastating and full of heartbreak. The reader is taken to both sides of the spectrum of midwifery, no stone left unturned. I like Agnes' attitude and outspokenness, she wasn't afraid to speak up for the rights of her patients. The only thing that grated on me a little bit was that she kept mentioning how open minded she is, how supportive and non-judgemental she is yet at one point she spoke about a certain scenario and explained how she wouldn't do it that way and she didn't understand why these women did the opposite to her...I wouldn't say that's very open minded as she wasn't aware of all the facts. I believe if she knew fully the circumstances of some of these women then she would of understood their reasoning for doing what they did. This is why I chose to give the book 4 stars instead of 5...I had a bit of a grumble. Overall, the book is fascinating and very descriptive, it doesn't sugarcoat things and it doesn't spoon feed you excess amounts of medical jargon so a pretty easy read. I found it very emotional in some places due to the trauma some of these women had to go through, it was always fully expressed and explained in great detail and so I wouldn't recommend this book to really sensitive readers, it could be quite overbearing at times, however, I found this was necessary in order to get the reader emotionally involved. I borrowed this from the library and am very glad that I did, I will be looking for other similar stories to read.
Kudos 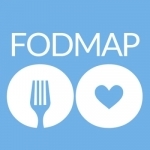 The low FODMAP diet app has been developed in partnership with medical experts and dietitians from... 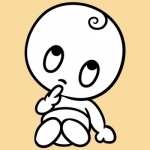 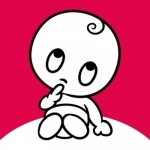 The Wonder Weeks worldwide bestselling baby app is a personalized weekly calendar of your baby’s... 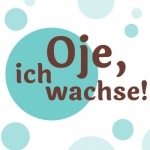 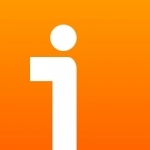 With iVoox you can listen, share and download podcasts, radio shows and much more for free, whenever... 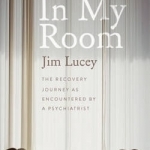 In My Room: The Human Journey as Encountered by a Psychiatrist

'The room is a space for the mind, and a metaphor for the mind at the same time. Most of us will... 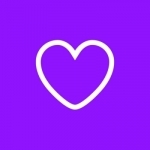 HEALTHCARE FROM ANYWHERE babylon is a personalised healthcare service that gives you access to...