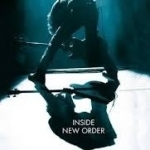 Substance: Inside New Order: Coming Up and Coming Down

Two acclaimed albums and an upcoming US tour - Joy Division had the world at their feet. Then, on... 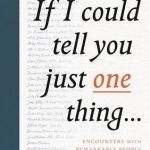 If I Could Tell You Just One Thing...: Encounters with Remarkable People and Their Most Valuable Advice

Adventures in advice with some of the world's most remarkable people. President Bill Clinton, Clare... 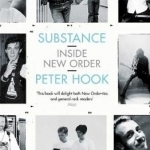 'This book will delight both New Order-ites and general rock readers' Mojo A ROLLICKING,... 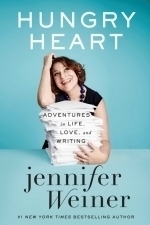 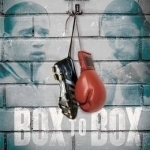 Box to Box: From the Premier League to British Boxing Champion

The football world is filled with stories of talented young footballers who have thrown it all away... 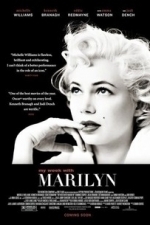 (2 Ratings)
Movie Rating
Strong performance by Williams in a terrific film
According to my Letterboxd profile, I view (on average) 4.5 films/week. Only 1 or 2 of them in a week are at the theater. The rest, I stream (or pop in the DVD). I spare you (for the most part) my review of mediocre or just plain bad films that I see (case in point the recent A CHRISTMAS CAROL on FX starring Guy Pearce - only watch it if you've ever wanted to see Marley drop the F-bomb multiple times). But...every once in a while I catch up with a gem that compels me to write a review to inform you folks of a wonderful film you might have missed (or have forgotten about).

Such is the case with the 2011 film MY WEEK WITH MARILYN. the adaptation of Colin Clark's memoirs of working as an Assistant Director on the 1957 film THE PRINCE AND THE SHOWGIRL (which starred the unlikely pair of Sir Laurence Olivier and Marilyn Monroe). As Directed by Simon Curtis (WOMAN IN GOLD) MWWM is a wonderful character study of a young man coming of age while watching the clash between the old school acting/working style of Olivier and "the method" of the new age of acting in the guise of Marilyn Monroe.

Eddie Redmayne (before he became the famous Oscar winning Actor for THE THEORY OF EVERYTHING) is perfectly cast as the young Colin Clark. He has a naivete and longing to him that is ideal in this part. You watch him fall in love through the course of this film and you, the filmgoer, fall in love as well.

Bringing the strength and charisma to the screen as Olivier - as expected - is Kenneth Brannagh (MURDER ON THE ORIENT EXPRESS). He was often described as he was ascending in the British Theater world as "the next Olivier" and Brannagh captures his idol well. Giving light to the brilliance, arrogance and impatience of a celebrated actor, Brannagh was (rightfully) nominated for a Best Supporting Actor for his work and he shone whenever he was on the screen.

Which brings me to Michelle Williams Oscar nominated work as Marilyn Monroe. All I can say is...wow. She took on the aura and personae of this icon and I felt as if I was watching a real, troubled person with great charisma on the screen. Williams embodies Monroe both in personality and in physicality (Monroe was a tremendously good physical comedic actress) showing there is much, much more to this actress than the beautiful package that meets the eye. How Williams lost the Oscar to Meryl Streep's portrayal of Margaret Thatcher in THE IRON LADY (a performance I really liked) is beyond me.

It is important that both Brannagh and Redmayne hold their own in this film (and they do) for this performance by Williams could have easily swallowed up all around her - it is that good and powerful a performance. But Director Curtis and Brannagh and Redmayne (as well as wonderful supporting work by such great actors as Judi Dench, Toby Jones, Julia Ormond, Derek Jacoby, Dougray Scott, Emma Watson, Zoe Wannamaker and Dominic Cooper) strongly balance her work to give us, the audience, a pretty balanced portrait of this troubled production and this troubled person.

This is not the fastest paced film you will ever see - but the deliberateness of the pace serves the story well. Colin falls in love with Marilyn (and Marilyn lets him fall in love with her) and we need the time and the space for those emotions to sink in.

If you are looking for a film that is a bit of an antidote to the usual CGI-Fest, SuperHero, Space films that are filling the multiplex, you will be well rewarded with MY WEEK WITH MARILYN. A loving, gentle film with strong performances - a type of film that is in short supply these days.

MY WEEK WITH MARILYN can be currently streamed on NETFLIX. You can also purchase/rent it on Amazon, Vudu, iTunes and YouTube.