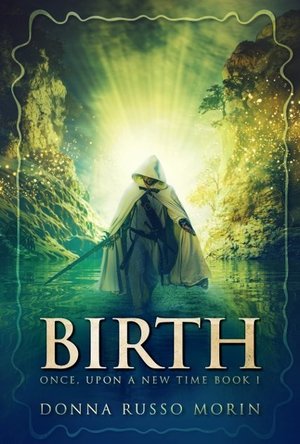 New worlds don't appear. They are born from the labor of those who envision them.

Count Witon has grown weary of the constant war between the races. Together with his wife Belamay, and Persky - first of a rare Human / Elf breed - Witon plans to create a new society: a utopia for anyone who longs for peaceful coexistence.

They recruit pilgrims from every city and species; most to success, some to failure. Together, they set off to a small, yet promising island, found by chance in the middle of the churning ocean.

But the journey there is fraught with challenges, and none of them is as dire as the one they face once they reach their destination. Will they have the strength and determination to give Birth to this New Time?

Once, Upon A New Time is a medieval fantasy with a double-edged sword: one of blood, the other of lust.

Main Image Courtesy: Amazon.
Images And Data Courtesy Of: Creativia.
This content (including text, images, videos and other media) is published and used in accordance with Fair Use.