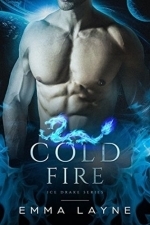 The Earth’s days are numbered, and aliens are looting the planet.
Faro is a Drakeborne Knight, a product of dragon and human DNA. He came to Earth on a mission to save his people and Faro thought he’d return to Iradia as a conquering hero, but then he meets Amy. Inexplicably, he’s drawn to her. Faro fears he inherited more than enhanced abilities. Dragons have fierce, unbreakable bonds with their mates. And now, Faro is torn between love and loyalty.
Since her father’s untimely death, Amy has been grief stricken, and every day is a struggle, until she meets Faro, a stranger staying at her inn. He’s not like other men, and eventually, she discovers Faro is an empath from another world. He lifts her burdens, brings her joy, but the secrets he’s keeping threaten to tear them apart.
Can Amy forgive him? And will they save both their planets?