Falling for the Beast 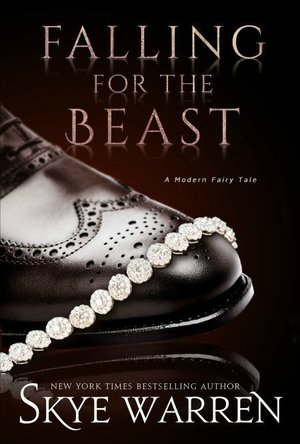 He can never turn back into a prince…

A troubling revelation puts Blake’s newfound career in jeopardy–and even worse, puts Erin’s impending graduation at risk. He can’t risk her future no matter how much he wants her.

She will never have a happily ever after…

A dark legacy threatens everything they’ve worked to build. When old debt comes between them, both Blake and Erin must fight to protect each other–and their love.

Since their forbidden beginning, Erin and Blake’s relationship has been marked by deep sensuality and intense emotion. The couple is tested at every turn. They’re running out of time. Blake and Erin will have to trust each other to forge their own sexy ending.

Author’s Note: This book was previously published as a serial in multiple parts, including Beauty Becomes You and Loving the Beast. They’ve been collected into this volume and revised for new readers.

FALLING FOR THE BEAST is the second book in A Modern Fairy Tale duet.

Main Image Courtesy: Goodreads .
This content (including text, images, videos and other media) is published and used in accordance with Fair Use.