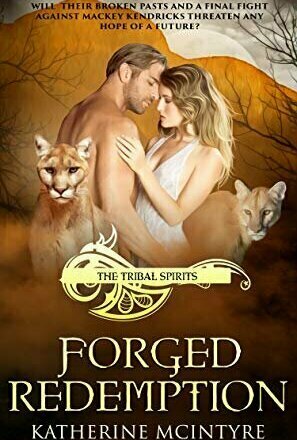 The sparks of Ally and Drew’s old relationship ignite, but their broken pasts and a final fight against Mackey Kendricks threaten any hope of a future.

After Drew fell in with the Landsliders and destroyed his former pack, forgiveness isn’t something he deserves. However, no matter how hard the Tribe has tried, Mackey Kendricks can’t be stopped. So when they narrow down the vicinity of the monster’s hidden lair, the Tribe calls upon him again, this time for one of the most dangerous hunts—a recon mission to find the exact location.

However, when his former flame Ally signs on as the other member of the team, their attempts at avoiding each other crumble to the ground. No matter how hard they both try and no matter how many times they’ve walked away, the flame has never extinguished between them. This time, Drew’s fought for his redemption, changed for the better, and the relationship that blooms between them, for once, might stand a chance.

All they have to do is survive the fight against the biggest, baddest shifter on the East Coast.