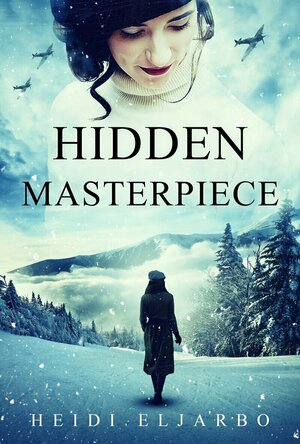 In this riveting third book in the Soli Hansen Mysteries series, a woman’s courage to follow her conviction during a horrible war leads her to the portrait of a young Jewish heiress painted three centuries earlier.

Norway 1944. Art historian Soli Hansen has gone undercover to rescue masterpieces and keep them from falling into the hands of Nazi thieves. Working with a small resistance group led by her best friend Heddy, Soli will stop at nothing to thwart the efforts of the invaders of their scenic country. Trust and loyalty mean everything when working against a merciless enemy.

Riddles and clues lead the way to a mysterious work of art. It’s a race against time, but Soli and her network refuse to give up. However, when news arrives that her sweetheart Nikolai is missing in action, she strives to concentrate on the demanding quest.

From the streets of Oslo to the snow-covered mountains and medieval churches of Nume Valley, Soli takes risks larger than her courage, trying to preserve and hide precious art. But she must decide if it’s all worth losing the man she loves.

Antwerp 1639. Fabiola Ruber’s daughter, Annarosa, wants to honor her mother’s last wish and have her portrait done by a master artist who specializes in the art of chiaroscuro. Her uncle writes to an accomplished painter in Amsterdam and commissions him to paint his beloved niece.

Struggling with religious and social persecution, the Jewish Ruber family uproots once again and travels northward. On the way, they will sojourn in Amsterdam for Annarosa’s sitting in the master painter’s studio. But will they make it there? None of them can foresee the danger of such a journey.