How NOT to Summon a Demon Lord 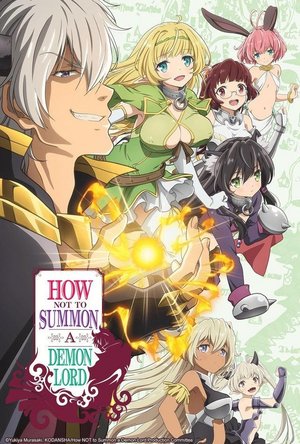 Takuma Sakamoto is a hikikomori gamer who is mysteriously transported to the world like the world of his favourite MMORPG, Cross Reverie, with the appearance of his own character in the game, the Demon Lord Diablo. The two young girls who summoned him, the pantherian Rem and the elf Shera, attempt to use a spell to make Takuma their servant, but due to his magic ring with the abillity "Magic Reflection", the spell rebounds, and both end up with magic collars stuck on their necks, thus becoming his servants instead. With a serious case of social anxiety, Takuma decides to act like his character while interacting with others, and makes use of his high stats and vast knowledge of Cross Reverie's lore to survive in his new environment, traveling along with Rem and Shera to look for a way to remove their slave collars while helping them with their own, personal issues that led them to summon him in the first place.

Main Image Courtesy: google.
Images And Data Courtesy Of: AT-X, Tokyo MX, FNS, Sun TV.
This content (including text, images, videos and other media) is published and used in accordance with Fair Use.