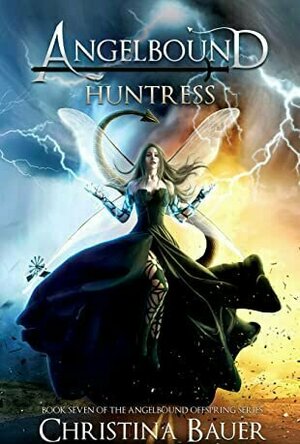 When it comes to protecting her family, eighteen-year-old Princess Huntress is known for kicking ass, taking names and then kicking a little more ass, just to be sure. She’s the last of her kind—a glass dragon shifter—and no matter what the threat, Huntress always tracks it down solo.

Then Huntress meets the leader of the L’Griffe crime family, Gage Beaufort, who is a dashing dragon shifter with a knee-melting stare. The attraction is instant, yet Huntress hates it. Why? Crime syndicates hurt royal authority, which means they threaten her family. Long story short, being with Gage is just wrong. Besides Huntress already has a rock-solid life plan, and that’s to fight alone, forever. No relationships, thank you very much.

But when a new danger threatens the royals, everything changes.

Now Huntress needs a mercenary army and fast, so she forges an alliance with L’Griffe. To protect those she loves, Huntress agrees to marry someone she loathes: Gage Beaufort. But will the extra help be enough?

Even worse, Huntress’ family isn’t the only thing at risk--the same is true for the princess’ heart. Because Gage is a man who always gets what he wants. In this case, the crime lord desires Princess Huntress, body and soul.