James Clyde and the Diamonds of Orchestra 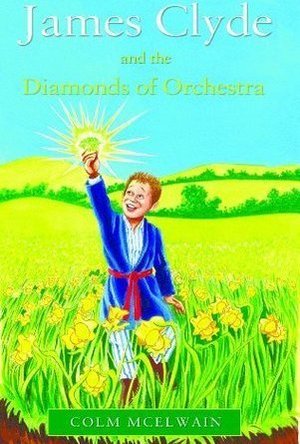 As an infant, James Clyde was deposited at a children’s home by his wounded, blood-soaked grandfather. As a result, he grows up under a cloud of mystery. Eleven years later when he hears about his strange past, he vows to uncover the truth. But before he can, his grandfather hands him a magical and mysterious diamond of Orchestra. With the aid of his friends, Ben and Mary Forester, James must protect the diamond from evil forces.

Soon, however, their lives are in grave danger. They are being hunted by a sinister man dressed in black and his blood-thirsty army. Outnumbered, James finds he must use the power of the diamond to escape their clutches – or become another victim of their murderous quest.

So begins a journey that will transport them to an alternative world where they must confront the mysterious man in black for a final, winner-takes-all battle… James Clyde and the Diamonds of Orchestra will appeal to children aged 12-15 that are fans of fantasy fiction. Colm is inspired by a number of authors, including J. K.Rowling, C.S. Lewis, Brian Keaney and Charles Dickens.

Main Image Courtesy: goodreads.
Images And Data Courtesy Of: Matador.
This content (including text, images, videos and other media) is published and used in accordance with Fair Use.