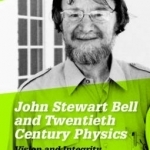 John Stewart Bell (1928-1990) was one of the most important figures in twentieth-century physics, famous for his work on the fundamental aspects of the century's most important theory, quantum mechanics. While the debate over quantum theory between the supremely famous physicists, Albert Einstein and Niels Bohr, appeared to have become sterile in the 1930s, Bell was able to revive it and to make crucial advances - Bell's Theorem or Bell's Inequalities. He was able to demonstrate a contradiction between quantum theory and essential elements of pre-quantum theory - locality and causality. The book gives a non-mathematical account of Bell's relatively impoverished upbringing in Belfast and his education. It describes his major contributions to quantum theory, but also his important work in the physics of accelerators, and nuclear and elementary particle physics.