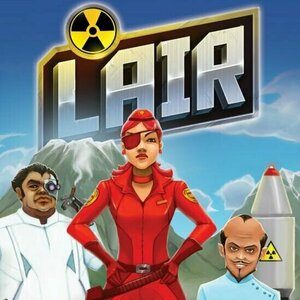 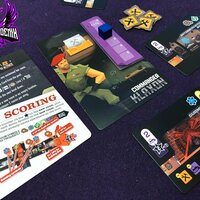 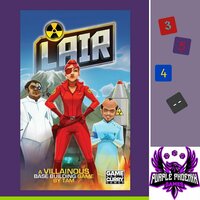 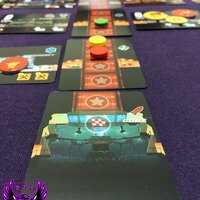 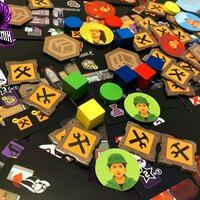 You are one of the lieutenants to the nefarious Mr. White. You are tasked with building his secret underground headquarters on a remote volcanic island. Construct rooms such as the Missile Silo, Interrogation Room, and the Shark Tank — in the most optimal location to gain most favor (victory points) from Mr. White.

Lair is a competitive building game where you are in charge of constructing a 60's era, underground HQ — inside a volcano, no less — for your nefarious boss. It has a Euro-influenced, worker placement mechanic where you have two types of workers: the lowly henchmen that you use to claim a room, and the boss that can command henchmen to activate the ability of the room. You spend Work Tokens to command a henchmen, but if you command another player’s henchmen, you have to give that player the Work Token. It also has an expanding score track that doubles as the elevator shaft, which affects your build options and game strategy in interesting ways.

It is a small-box strategy game that plays more like a big-box game. The game is highly thematic, from the tongue-in-cheek art style, to the streamlined gameplay that rewards villainous actions.

Command your workers and make judicious use of scant resources to build an optimum lair, and gain the boss's favor.