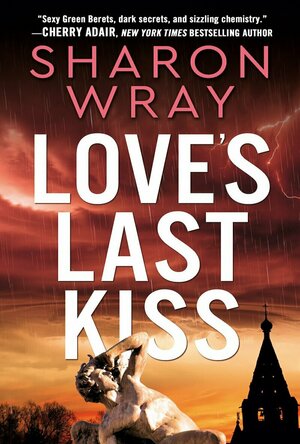 Is love worth risking everything for?

Rose Guthrie, a reluctant erotic dancer, hasn’t trusted anyone since her parents’ death. Yet, to make money for her brother’s heart transplant, she agrees to deliver a sealed box to a mysterious buyer. Until the box—and the seller—disappear. Not surprised by the betrayal, her situation becomes more dangerous when she learns that a brutal arms dealer, known as the Prince, also wants the box and will kill everyone she loves for it. With one clue left, she breaks into Doom—Savannah’s violent, illegal fight club. Unfortunately, Doom’s referee—the sexy, ex-Army Ranger, Kade Dolan—stands in her way. Although she harbors a secret attraction to Kade, she can’t let him stop her. If she doesn’t deliver the box on time, she’ll lose everything. Including her own life.

Rose doesn’t trust disgraced Army Ranger, ex-con Kade Dolan, but that’s okay—he doesn’t trust himself either. Why? Because he lies to everyone about everything, including his time in Leavenworth and his job as an illegal fight club referee. Then there are his two side gigs. The first as an informant for the Prince, the leader of a secret, two-thousand-year-old private army. The second, loving from afar the beautiful, secretive Rose Guthrie. After the Prince discovers Rose is the courier of a lost 18th century artifact, he orders Kade to help her find the box before their greatest enemy does. If they succeed, Kade must return it to the Prince. If they fail, Kade must kill her.

Betrayal or death. When faced with an impossible choice, Kade can’t lie anymore, at least not when it comes to what he’s about to do the woman he loves. But when Rose uncovers Kade’s lies, they learn a terrible truth—the 18th century box holds a secret far deadlier than they imagined. A secret that could destroy them all.

Main Image Courtesy: Amazon.
Images And Data Courtesy Of: Toban Books.
This content (including text, images, videos and other media) is published and used in accordance with Fair Use.