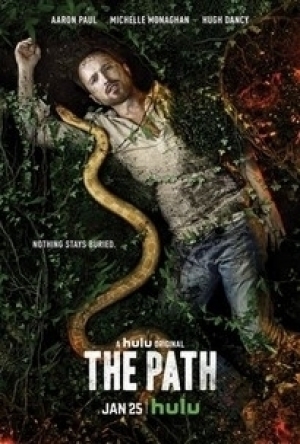 Aaron Paul ("Breaking Bad") stars in this Hulu original as Eddie Lane, a member of a new-age spiritualist movement known as Meyerism. Unbeknownst to his wife and children, who are also members of the movement, Eddie has a vision about Meyerism's founder that causes him to have a crisis of faith -- right as he is expected to advance further up the spiritual ladder. Eddie decides to secretly meet with a Meyerist defector, causing his wife (Michelle Monaghan) -- an important figure in Meyerism -- to become suspicious. As the movement grows exponentially worldwide, Eddie is forced to face the question of whether he can grow Meyerism without becoming a cult leader.