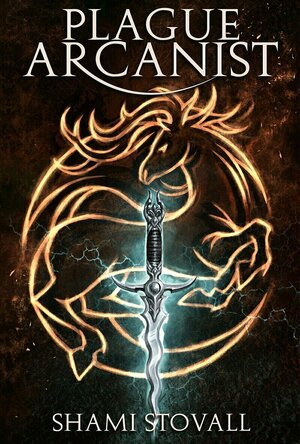 Deserts. Rogues. A secret hidden in an underground maze.

Every moment counts as Volke Savan races south to the city of New Norra. His goal: find Theasin Venrover, the famous artificer who may have a cure for the arcane plague. Separated from most of the Frith Guild—and even his sister—Volke must rely on the crew of the airship, the Sun Chaser, to help him find Theasin in time.

To complicate matters, the desert city of New Norra is steeped in mystery, and the massive maze under the streets could potentially solve all of Volke’s problems. With hunters after him, and dread pirates in the port, Volke finds himself forced to choose between equally terrible options…

Continue the Frith Chronicles with the fourth book, Plague Arcanist!

Praise for the Frith Chronicles!

“Perfect for those who enjoy the Codex Alera series, the Homas Wildus series and the Harry Potter series. Stovall is quickly becoming a name I look for."
- Seattle Book Review (for Knightmare Arcanist, Book I)