Rolling Stone: Stories from the Edge 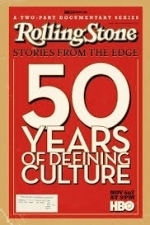 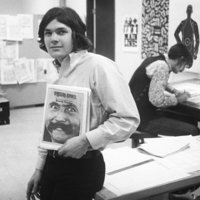 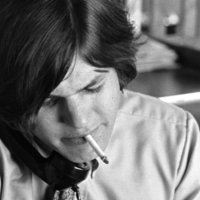 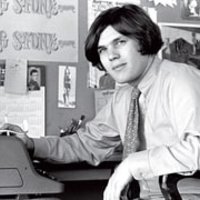 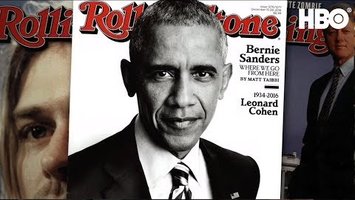 Directed by Oscar-winner Alex Gibney (HBO’s Taxi to the Dark Side and Going Clear: Scientology and the Prison of Belief) and Emmy winner Blair Foster (HBO’s George Harrison: Living in the Material World), and narrated by Jeff Daniels, two-part special Rolling Stone: Stories From the Edge chronicles the last 50 years of American music, politics and popular culture through the perspective of a magazine that understood rock ‘n’ roll was more than music -- it was a cultural force that helped shape America and defined generations. An exhilarating visual and musical experience of the magazine’s history, the film features performances by a dazzling array of artists, including The Rolling Stones, Bruce Springsteen, Tina Turner, Janis Joplin, The Sex Pistols, The Clash and Ice-T, and music from some of the cultural icons it heralded, including Bob Dylan, John Lennon, Fleetwood Mac and Chance the Rapper, and showcases the superb, groundbreaking work of its writers, spotlighting Rolling Stone’s impact on society.
The special goes behind the scenes of key stories that shaped America, including: the 1972 presidential election as covered by Hunter Thompson, progenitor of “gonzo journalism”; the revealing inside account of the kidnapping of Patty Hearst; the unique relationship between John Lennon and the magazine from 1967 to 1980, including Annie Leibovitz’s final photo of Lennon for the magazine, taken right before his death; the Ice-T “Cop Killer” song controversy; and the retracted story about a rape on the campus of the University of Virginia.
Rolling Stone: Stories From the Edge revisits such pivotal articles as: Michael Hastings’ piece that brought down Gen. Stanley McChrystal, commander of U.S. forces in Afghanistan; Lawrence Wright’s intriguing insight into the rise and fall of televangelist Jimmy Swaggart; and Jann Wenner’s poignant day-after-the-election interview with Barack Obama in 2016.
Along with the authors’ words are previously unheard audio recordings, including an interview with then-President Bill Clinton, and interviews with such world-renowned musicians and writers as John Lennon, Tina Turner, Bruce Springsteen, The Sex Pistols, Elvis, The Clash, Ice-T, Bob Dylan, Cameron Crowe, Matt Taibbi and Vanessa Grigoriadis, plus rare photos and footage. The special provides an engrossing inside look at how the magazine helped shape the zeitgeist and has endured for a half-century.
Rolling Stone: Stories From the Edge is presented by HBO Documentary Films; A Jigsaw Production in association with Nevision Limited and Rolling Stone Productions; directed by Alex Gibney and Blair Foster; executive producers, Alex Gibney, Blair Foster, Jann Wenner, James Cabourne; co-executive producers, Richard Perello and Stacey Offman; voice of Rolling Stone, Jeff Daniels; editors, Ben Sozanski, Geeta Gandbhir and Andy Grieve. For HBO: senior producer, Sara Bernstein; executive producer, Sheila Nevins.