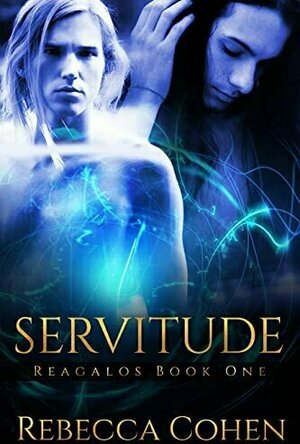 Lornyc is good at keeping secrets, because secrets can get you killed.

Lornyc's forbidden relationship with Methian, heir to Xenetra, has caused him enough grief. Ripped from his life as a student to fulfil a magical contract as punishment for his family's past, he now has to play valet to Methian for ten years. It'll be hell on their already strained relationship.

And with his city of Katraman under attack, Lornyc needs to connect to the powers he’s been hiding. If he can’t master his powers and find the leader of the plot, he could lose everything he knows and loves: his family, his future as High Lord, and Methian.

Tags:
Secret relationship, Magic and mayhem, What’s this thing on my arm? Romanus you old reprobate, Coming of age, Temporal vampires (sort of). Lornyc’s just about had enough! Methian needs to deal with it, Orbs are shiny, Ooh pretty blue sparkles, Didn’t see that coming, Lornyc looks good in valet clothes, Not ready but no choice, Youngest ever High Lord, That’s gotta hurt, Magical belly rumbles, Pseudo-Regency, Seriously they wear frockcoats, This is just the beginning…


Previously published, this second edition has been edited and reworked for release