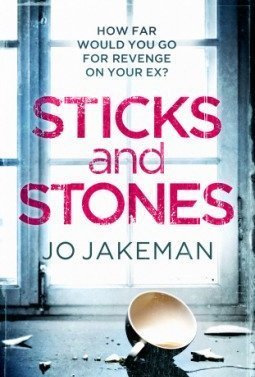 How far would you go for revenge on your ex?

Imogen’s husband is a bad man. His ex-wife and his new mistress might have different perspectives but Imogen thinks she knows the truth. And now he’s given her an ultimatum: get out of the family home in the next fortnight or I’ll fight you for custody of our son.

In a moment of madness, Imogen does something unthinkable: she locks her husband in the cellar. Now she’s in control. But how far will she go to protect her son and punish her husband? And what will happen when his ex and his girlfriend get tangled up in her plans?

Sticks and Stones is a deliciously twisting psychological thriller from an exciting new voice.

Images And Data Courtesy Of: Penguin Random House UK, Vintage.
This content (including text, images, videos and other media) is published and used in accordance with Fair Use.