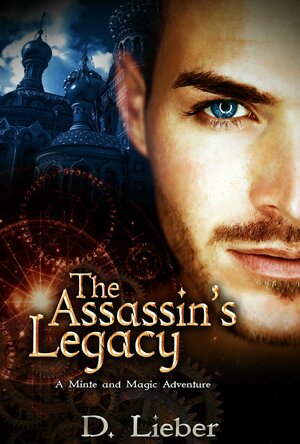 He hasn’t been Aleksandr Sergeyevich Volonov, legendary monster-hunting assassin for ten years. Now, he is only Sasha, charming deckhand on a merchant airship so recently destroyed by pirates.

All he wants is to find another job and keep moving. But that simple plan is thwarted when his sister sends an assassin to murder him. His only choice is to return to Saint Petersburg and renounce his claim to his family’s title.

Trapped by his late father’s machinations, Sasha finds himself surrounded by death threats, engaged to a brutal villainess, shadowed by his cheeky assassin, and forced to lead the organization bent on eliminating all supernatural creatures from the Russian Empire.

As he struggles to keep hold on the man he is, Sasha must face who he used to be in this modern steampunk fantasy adventure full of folklore, banter, and artifice.

Main Image Courtesy: Amazon.
Images And Data Courtesy Of: Ink & Magick.
This content (including text, images, videos and other media) is published and used in accordance with Fair Use.