The Onyx Prince (The Journals of Ravier #3) 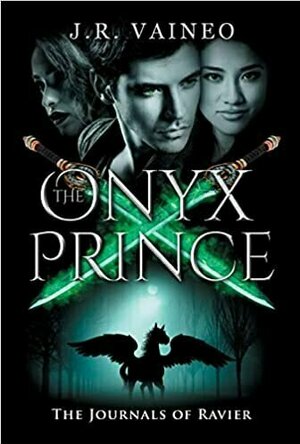 A FATE TRULY WORSE THAN DEATH . . . Is there such a thing? Before travelling through a portal to the world of Muraine with my friend, Gemma Galloway, I would’ve said no. But now? I’ve come to realize that there is. So many things are worse than death, here on this world with magic.

​One matter at the forefront is his desire for me. The King of Vitiosus, Zymarc, desires me for his next apprentice. I’ve managed to resist him, thus far. That decision, however, is harder and harder to hold to. There is nothing he will not do to get to me, to tempt me, to break me. And he means to break me. But if he cannot have me, well . . . as I said, there are fates truly worse than death itself. And I’ve seen death too, a spirit most terrifying and powerful. Yet it is Zymarc, whom I fear more than death, more than Soren, more than anything.

​I didn’t know why, either. Why should I, Tyler Malik Ravier, fear him? Then I saw his true face. Not the face of the Vitiosyn King. But the face he had before the change, before the corruption of that vile magic, when he was simply an Onyx Warrior. His features are familiar. On and on, I agonize over who he reminds me of. Can it be true? Could he really be who I think he is? And what if he is? Do I hold the strength and courage to put that creature down? Or simply will I hand over the dragon-horse to appease him?

Main Image Courtesy: Amazon.
Images And Data Courtesy Of: JRV Books, LLC.
This content (including text, images, videos and other media) is published and used in accordance with Fair Use.