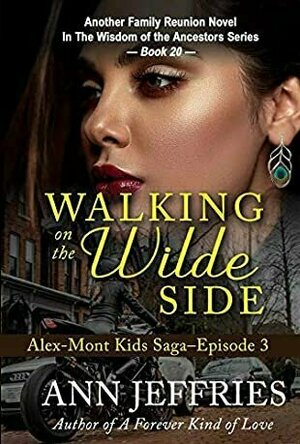 Wealthy reporter Simon Wilde is a former US Navy SEAL who uses his position to cover his covert action for a secret world enforcement agency. He returns from three months of a covert mission in the Middle East and Africa to find three murdered victims in his home. One of the deceased is a former lover of his.
DC Police Detective Eve Montgomery, a former Coast Guard Officer who is also a pilot, has just closed a complicated drug case resulting from months of undercover work. She is looking forward to taking a few days off to rest and relax. As one of the top cops in the Washington, DC, Police Department, she is called in to take point on the murder of three people in the home of a reporter.
When drive-by shots are fired at Wilde and Montgomery, Eve determines that it's best to hide Wilde away from anyone who might be gunning for him. While Wilde recovers from gunshot wounds, he and Montgomery work together to try to figure out who killed the people in his home and why someone is trying to kill him.

Main Image Courtesy: Amazon.
Images And Data Courtesy Of: New View Literature.
This content (including text, images, videos and other media) is published and used in accordance with Fair Use.