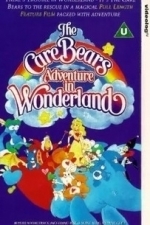 (6 Ratings)
Movie Rating
Really cute version of Alice in Wonderland with Care Bears! Loved it as a kid!
Kudos 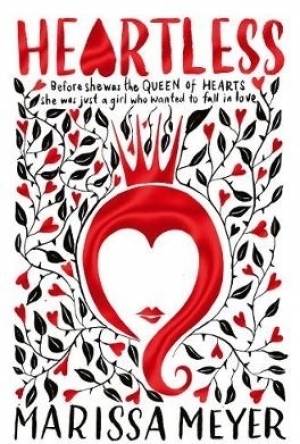 (33 Ratings)
Book Rating
Best take on Alice and wonderland
Couldn't put it down, read it in a day!! Meyers never disappoints!!
Kudos 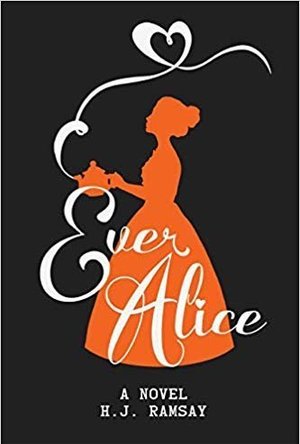 (2 Ratings)
Book Rating
I received a copy of this book from Netgalley and the publisher in exchange for an honest review.

A wonderfully absurd take on Wonderland.

Alice is scheduled to be lobotomized after being institutionalized for talking about her adventures in Wonderland.

The White Rabbit rescues her and the adventure starts as Alice is tasked with killing the Queen of Hearts. 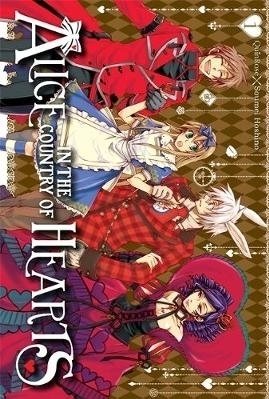 (3 Ratings)
Book Rating
I generally liked volume 1 of Alice in the Country of Hearts. It was trippy and bordering on perverse at times because of the male characters in Wonderland, but it's an interesting manga take on Alice in Wonderland. Alice is kidnapped and brought to an unfamiliar land that's filled with odd gun-wielding characters, most of which are constantly at war with each other. They see life very differently than Alice, so as she tries to navigate her way through Wonderland, she begins to get to know some of the people, and an exchange of ideas and emotions take place. Some of them are set in their ways, and some are open to learning about Alice, the Outsider, who is a normal human. It's more complicated and frustrating than it probably needs to be, because everyone that she meets falls in love with her.
Kudos 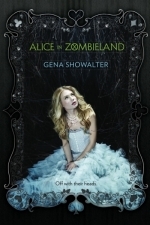 (9 Ratings)
Book Rating
I really enjoyed this book. There was just enough action and romance in it. A lot of people may say that they don't like it because it has nothing to do with Alice in Wonderland (which is one of my all time favorite books) but it is the subtle hints at the characters from Alice in Wonderland that make it awesome. It is not a remake of a classic, but an amazing telling of a story with characters who may have some of the same traits as the originals. Alice Bell is strong, independent, courageous and faithful, just like Alice from Caroll's book. I highly recommend this book.
Kudos 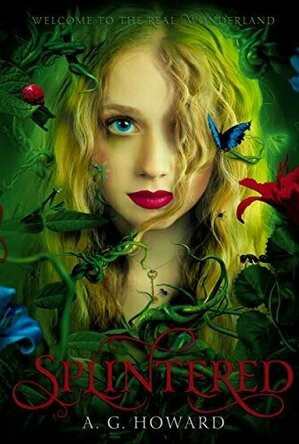 (6 Ratings)
Book Rating
I love love love this book! It was one of my first Alice in Wonderland spinoff reads, and it was actually the very book that got me more interested in the Wonderland theme! The characters are amazing and unique and odd, making it a fun and adventurous book. The rest of the series didnt disappoint!
Kudos 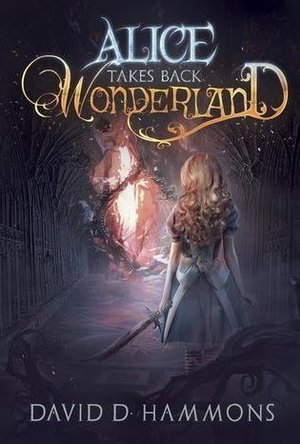 (3 Ratings)
Book Rating
Review copy provided by the publisher via Netgalley
This review and more can be found at <a href="http://www.inwonderlandbookblog.com/2016/01/alice-takes-back-wonderland-review.html">In Wonderland</a>

Alice Takes Back Wonderland is one peculiar book – it took awhile for me to get into the story, but not bad overall (I've read worse).

The main character, Alice, is a little similar to Alyssa from Splintered – she talks to bugs and flowers, and they talk to her as well. And unlike Alyssa, who keeps her "ability" a secret, those around Alice assume she's a nutcase – she's been assumed to have schizophrenia along with ADHD. Alice also isn't related to Wonderland Alice – she just ended up going down the rabbit hole at seven and came back a completely different person.

Years later, just when Alice thinks everything in Wonderland was an imagination, the White Rabbit appears again to bring Alice back to save Wonderland. There, Ace of Spades has taken over the land and has been trying to "humanize" the creatures by taking the wonder out of them, thus taking Alice back down the rabbit hole once more.

When Hammons introduces us to Wonderland and Alice tries to reunite with the creatures she met when she was seven, it's really hard to get into the story (and at the beginning too – no fun). There's a lot of nonsense going on in Wonderland with very little sense – I haven't read Alice In Wonderland by Lewis Carroll myself, but I personally think Hammons did a pretty good job trying to capture the nonsensical aspect Carroll uses in the original story.

Now, in the case of getting me to read the story, however, I'm starting to think I should just call it off (much to Ella's dismay).

As soon as Alice leaves Wonderland to recruit other kingdoms (fairy tales), on the other hand, the story becomes less nonsensical and more of something that I could fully comprehend and wrap my head around. (I got the gist of Wonderland – I did not understand what all the creatures were saying.) Hammons introduces us Peter Pan and the Lost Boys, Pinocchio, Cinderella, Snow White, Sleeping Beauty – all recognizable in some way. But that's not all the fairy tales involved.

Hammons also throws in heroes of myth and legend as well – people such as Joan the Ark, Hercules, King Arthur, Loki, etc. At that point, I pretty much took a step back (or almost) from the book. There are way too many tales involved in this battle to take back Wonderland and stop the Ace of Spades from taking the wonder out of everyone. Those characters don't play a major role like Peter Pan, Pinocchio, Snow White, and all the ones mentioned earlier, so it's less confusing. I just think Hammons should have kept it strictly at fairy tales rather than all of them.

(I'll give him this: all of them are individual kingdoms instead of mushed together into one. Less confusing.)

To make it worse, most of the characters also play multiple roles, which I won't say because I might spoil something. But still – too much myth and legend is mentioned in this vast world Hammons creates.

Overall, not bad for a book that takes far too many tales into its plot. It takes some time to get used to the story, but once you get past Wonderland's bit of remaining nonsense and enter Neverland and the Grimm Kingdom, the story has an adventure or two as Alice learns that maybe fairy tales aren't as literal as they seem.
Kudos 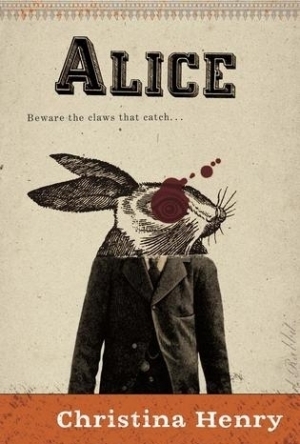 (8 Ratings)
Book Rating
Really dark Alice in Wonderland retelling
So I may be slightly biased since I love anything Alice and Wonderland related. But this is by far the best retelling of the original Lewis Carol story.

Disturbing and dark this book doesn't pussyfoot around some controversial subjects. However, it is able to steer away from anything crude while still being adult and gory.


This isn't a book for the faint-hearted with some wonderful but graphic descriptions. However, if you like dark and gothic definitely give this a try.
Kudos

When a book starts with “‘Do you know fairy tales are real’ asked the cat,” you know you are in for a magical ride. Nearly everyone knows the tale of the seven-year-old girl from nineteenth century London who falls down a rabbit hole and spends a day of madness in the magical world of Wonderland. In David D. Hammons version, however, Alice was a young girl from twenty-first century Missouri. On her return to the real world she was diagnosed with ADHD and Schizophrenia and forced to believe that the Cheshire Cat and the Mad Hatter were figments of her imagination. But ten years later a white rabbit appears and leads Alice back to the world where nothing makes sense.

All is not well in Wonderland. The Cheshire Cat is dead and the Ace of Spades is in charge. Barely anything is the way Alice remembers. Everything looks far too “normal” and similar to the world she comes from. Ace is determined to remove the wonder from Wonderland and create a place where madness is forbidden. Alice has a big fight on her hands as she tries to end this former playing card’s tyrannous reign and restore Wonderland back to its original insanity.

<i>Alice Takes Back Wonderland</i> is not purely a retelling of Lewis Carrols famous story. Although many of the well known and loved characters appear in this book, so do others from a variety of different fairytales: <i>Peter Pan, Pinocchio</i>, and various tales from the <i>Brothers Grimm</i>. As readers will discover, all is not exactly as it should be for these characters either. Despite them being contrasting, magical stories, Hammons has successfully merged them all together in an imaginative manner resulting in a humorous young adult novel.

Although mostly focused on the goings on in Wonderland and the other fictional locations, it is also a subtle metaphor to describe what Alice’s life had been like back in present day America. For a decade Alice was forced to take medication to help her understand the difference between reality and fantasy. It got rid of most of the nonsense thoughts she picked up during her first visit to Wonderland. In a way, that is what the Ace of Spades is doing to characters he believes are mad. He is taking the wonder out of them, just like the pills to the wonder out of Alice.

Lovers of fairytales will definitely love this book, especially those who grew up loving <i>Alice in Wonderland</i> and <i>Peter Pan</i>. In some ways it is a continuation of the original tale, yet in other ways it could be viewed as an alternative way the story could have gone. Primarily targeted at young adults, <i>Alice Takes Back Wonderland</i> is much darker than Carrols version and combines a mix of real life with fantasy. It also goes to show that no one is too old for fairytales!
Kudos 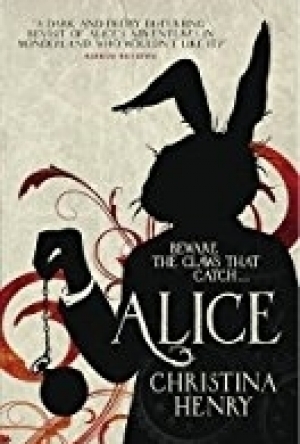 (11 Ratings)
Book Rating
Chilling twist on what is a classic tale
This story is set just after the classic Alice in Wonderland book that most will know and love.
It starts of in a mental institution where Alice is resident. Her parents putting her in there after her "adventures" in Wonderland. She has a relationship with the man in the next cell called Hatcher, three guesses who he is supposed to represent.
This whirlwind adventure takes you through a Victorian esq London with all the characters of the classic story.
It is a very dark adaptation of Alice in Wonderland and I have to say kept me guessing throughout.
The characters seem familiar but in a dark and twisted way and ultimately it's about Alice's journey after escaping the mental home with her companion Hatcher.
I will not say anymore as it will spoil the storyline but it is definitely worth a look.
Christina Henry has definitely made an amazing book and since I read this I went out and bought all her books.
Kudos

Sounds amazing! I must read this
Kudos