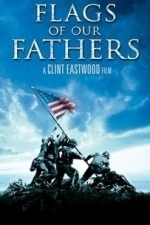 In February and March of 1945, U.S. troops fight and win one of the most crucial and costly battles... 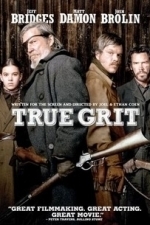 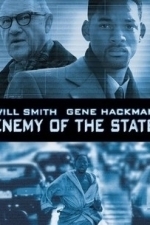 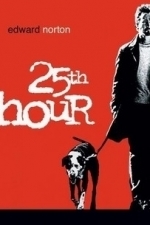 "I’ll start with 25th Hour, the Spike Lee movie. It was actually written by David Benioff, who writes Game of Thrones. It was my favorite movie before I met David, and when I found out that he had written it, I proceeded to — when drunk in a bar once — to give him my version of the Edward Norton monologue that happens during the movie. Really embarrassing. I cringe to this day that I did that and gave him my rendition of it. It’s just an amazing movie. I love Edward Norton, I love Philip Seymour Hoffman in it, Barry Pepper, you know. It’s a fantastic movie." 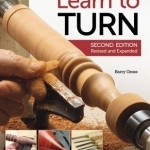 Learn to Turn: A Beginner's Guide to Woodturning from Start to Finish 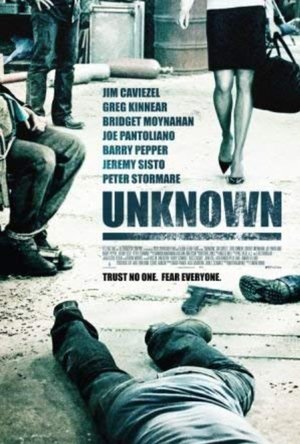 Psychological thriller about five men with no memory. Five men wake up together in a mysterious... 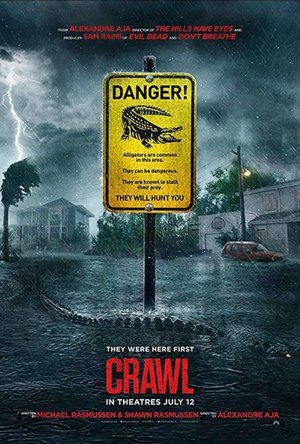 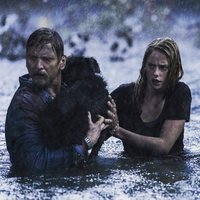 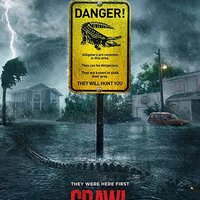 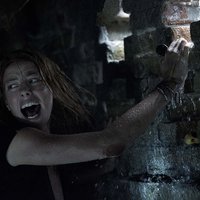 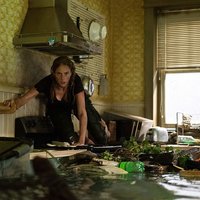 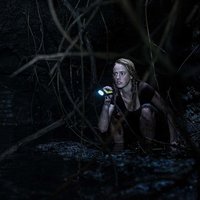 I was pleasantly surprised by Crawl. For one, it’s a monster movie. Two, it has a decent plot with characters you care about seeing survive. And three, it’s very well shot with some great CGI. The film opens with Haley (Kaya Scodelario) psyching herself up to compete in the pool, proof that her ability to swim and swim fast will not be found wanting later on.

When her sister calls to tell her that she has not heard from their father (Barry Pepper), Hayley heads towards a brewing category five Hurricane to see if all is OK – which it’s not.

Turns out that daddy has had a run-in with a couple of hungry alligators and only the confines of the underground basement has prevented him from becoming a quick snack. With floodwaters rising by the minute Hayley the ‘apex predator’ has to get her game face on to fend off another impending attack.

Sharks have always been at the forefront of water-based terror so it’s nice to see the alligator making a return. There is some neat jump scares coupled with good amounts of gore, but it rarely raises the tension levels any more than that.

Acting-wise Scodelario and Pepper do an alright job and there is an inkling of a back story to shed light on their slightly troubled relationship and competitive edge.

Killer Alligators and Buckets Of Blood
Crawl is a 2019 disaster/horror movie directed by Alexandre Aja and written by Michael and Shawn Rasmussen. It was produced by Sam Raimi and Craig J. Flores and also Ghost House Pictures and Raimi Productions with distribution by Paramount Pictures. The film stars Kaya Scodelario and Barry Pepper.


Beth advises her sister, Haley Keller (Kaya Scodelario), an aspiring University of Florida swimmer to get out of the state, because a Category 5 hurricane is nearing. Concerned for the safety of her father, Dave (Barry Pepper), she goes against police instructions to evacuate, and goes to check on him. Hayley finds Dave's truck at their old Coral Lake home, where she goes into the crawlspace underneath the home to find her father. Now they both find themselves in a struggle for survival as large, ravenous alligators block their escape and they race against time as flood waters rise.


This movie was pretty awesome and better than I thought it was going to be. It was surprisingly delightful the way they built suspense and kept the tension in scenes. It was also pretty brutal with the blood and gore in the kill scenes. Kayla Scodelario performed amazingly and was great as Hayley Keller. Definitely an action-packed blood soaked adventure. The special effects were a little too unrealistic for me, especially in the beginning, which I thought would have bothered me more; but the plight the characters were in was done in such a way, that it just really draws you in. I know a lot of people would probably criticize the alligators behavior in this film too but I'm sure that could be said of movies like Jaws as well. If you don't over analyze it, you'll allow yourself to enjoy a rather exhilarating experience. I give it a 8/10.

This movie was pretty awesome and better than I thought it was going to be. It was surprisingly delightful the way they built suspense and kept the tension in scenes. Kayla Scodelario performed amazingly and was great as Hayley Keller. Definitely an action-packed, blood soaked adventure. The special effects were a little too unrealistic for me, especiallywhich I thought would have bothered me more but the plight the characters were done in such a that it just really draws you in. I know a lot of people would probably criticize the way the alligators behavior in this film but I'm sure that could be said of movies like Jaws as well. If you don't analyze it too harshly you'll allow yourself to enjoy a rather exhilarating experience. I give it a 8/10.
Kudos

Crawl is silly. Like a lot of these types of horrors, it's really silly.

In short, hurricane season hits Florida, and when Haley sets of to find her father, they both end up stuck in the crawlspace under his house, trapped in by large alligators, and rapidly rising flood water.
It's straightforward, no messing around, and gets right to the characters being in peril. For the most part, it's a neat little thriller, that actually has the odd moment in tension, paired with decent performances from Kaya Scodelario and Barry Pepper.
The relationship between their two characters carry the film pretty well, and the actors resolve to stay muddy and soaked throughout is admirable.

The CGI effects are pretty terrible. Nowhere near Sharknado levels of embarrassing, but the small budget of Crawl really shows it's ugly head when it comes to the alligators. When they're in water, it doesn't look so awful, but out of water, they look ripped from a PlayStation 3 cutscenes. This includes the first time we see one, which significantly reduces the impact it could have had, especially after it comes immediately after a pretty good jump scare.

In terms of horror, Crawl isn't scary. As mentioned above, it's more a jump scare type of deal, but they're actually quite effective, and just about reigned in enough to not overdo it. The scariest thing about the movie is mother nature, with all too real stormy conditions on display.

Crawl is mostly enjoyable, buts it's not as fun as The Meg for example (5/10) and not quite as good as The Shallows (6/10) so it sits nicely somewhere in between. Worth a watch if you enjoy a silly monster horror now and again.
Kudos

Florida is preparing itself for the arrival of a category five hurricane. As competitive swimmer Haley Keller (Kaya Scodelario) changes after a session in the pool, she takes a video call from her sister, concerned that she can't get through to their father (Barry Pepper) by phone. Dad still lives in their old hometown, right in the path of the incoming storm, and Haley agrees to go check on him.

As she approaches the town, the authorities try to turn her back as everyone is currently being evacuated from their homes. But Haley slips through via a side road, determined to check on dad, and when she does find him, he's in a spot of trouble - injured and in the crawl space beneath their house. Turns out dad wasn't alone though and a couple of gators, having found their way in with the storm, are preventing Haley and Dad from getting out. As the storm intensifies and the flood waters rise, the father and daughter must outwit the predators and try to escape to safety before they either drown or get eaten.

And that is pretty much it. At just 87 minutes long, Crawl wastes no time in getting to the action and manages to keep the suspense and thrills going right to the very end. The gators are terrifyingly realistic, as are the flood and hurricane effects, and I was just on the edge of my seat throughout.

Apart from the occasional human showing up to provide the gators with something to munch on, Haley and her dad are pretty much the only characters in the movie, with Haley making good use of her swimming skills and proving herself to be a real badass. The family dog is also on hand, getting himself into the odd scrape too. Spoiler alert: the doggy survives, so don't worry.

I absolutely loved this movie. It had me gripped throughout, with a real gut wrenching intensity, and I love it when a movie does that to me. Crawl is definitely in my top 5 movies this year.
Kudos