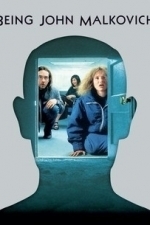 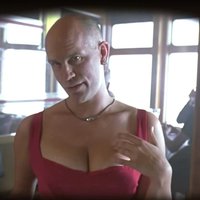 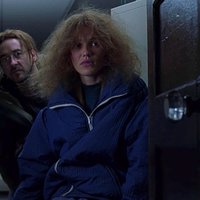 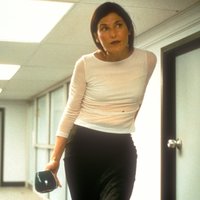 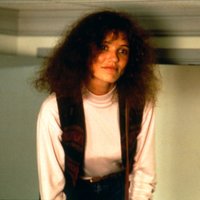 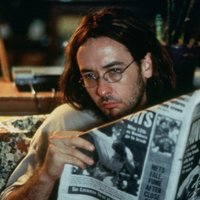 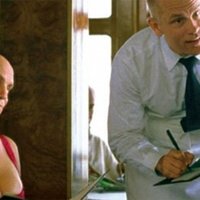 "I was obsessed with the video Spike Jonze made for the Björk song “It’s Oh So Quiet.” When I heard he had made a movie, I couldn’t wait to see it. I fell in love with the world he created and all the unusual rules that came with it. I was so on board and wanted to go wherever he and Charlie Kaufman wanted to take me. Watching this movie was the first time I became aware of Catherine Keener (I was slow to discover Walking and Talking). I could not take my eyes off her." 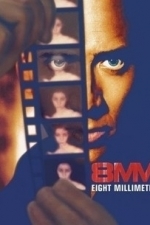 (10 Ratings)
Movie Rating Watch
Look at this Photograph
8mm- is a underrated mystery thriller, it was directed by Joel Schumacher, yes the person who destoryed and ruined batman two years before this movie came out. Joel Schumacher is better with mysterious and thrillers than Batman. Anyways the plot:

Its suspenseful, horrorfying, twisted and overall a good movie.

This is definitely a hugely underrated film. And one of the few times Nicolas Cage is actually decent!
Kudos

the only Nicholas cage film that I enjoy
Kudos 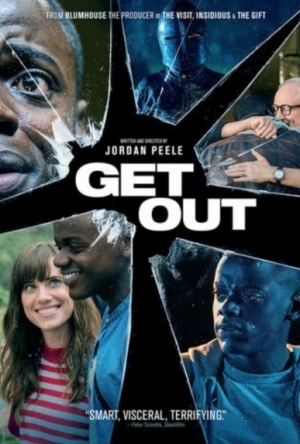 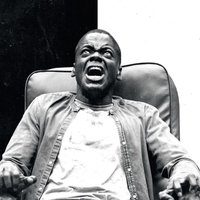 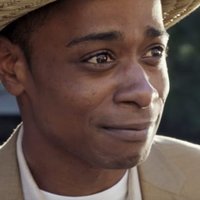 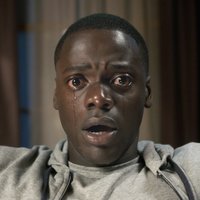 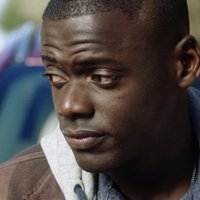 Get Out is an incredibly strong directorial debut from Jordan Peele and is easily in the top tier of horror/thriller movies in the last few years.

He manages to craft a film that has an underlying sense of unease throughout, an aspect of the film that hardly lets up at any point.

The plot revolves around Rose (Allison Williams) taking her African-American boyfriend Chris (Daniel Kaluuya) away for the weekend to meet her very white family. Chris has reservations, understandably, due to the fact that casual racism is a thing that unfortunately exists. As the weekend draws on, Chris begins to realise that his worries perhaps aren't that unfounded. The only other black people around are house servants, and are acting strange, and it's doesn't take too long before a truly disturbing truth is discovered. To say any more would spoil the narrative, but it's a great plot, with a ridiculous twist.
Layered underneath the madness of the horror is a strong social commentary about race divides, and how a lot of white people perceive others. It's executed brilliantly, and is absorbing as much as it is uncomfortable.

The cast are terrific, especially Daniel Kaluuya, Allison Williams, Betty Gabriel, and LaKeith Stanfield.
Catherine Keener is another highlight - I'm so used to seeing her play good people, that the sinister nature of her character in Get Out is so unnerving, and adds even more the experience.

With both Get Out, and last year's Us, Jordan Peele has started his career in horror on a hot streak, and I can't wait to see what he brings to the table next.
Kudos

ritten and directed by Jordan Peele, “Get Out” is not so much an actual horror film but more of a dark comedy. The plot is filled with political undertones, spotlighting awkward racial interactions that are shadowed by systemic inequality.
Chris Washington (Daniel Kaluuya) and Rose Armitage (Allison Williams) are a vibrant young couple living in the city. He’s a photographer. Not sure what she does. He’s black. She’s white. After dating for four months, Rose convinces Chris to go on a trip to meet her parents. Chris is apprehensive at first and skeptical about how her parents will react to meeting their daughter’s black boyfriend. Rose laughs that off and everything seems fine as they head to the country.
From this point forward the film starts to build in creepiness. It almost has the feel of an M. Night Shayamalan movie like “The Village.” As the plot develops, the audience knows they are supposed to be suspecting something creepy and sinister hiding behind images of normalcy. So everything begins to take on this feel. Rose’s family lives in a creepily perfect mansion in the country. They have a creepily quiet black groundskeeper and a creepily happy black maid.
Fortunately, two things save this film from becoming a hokey Shyamalan style disappointment. The plot is executed in a comedic fashion and it isn’t completely predictable.
The entire film balances a creepy-funny style. Moments of white people awkwardly trying to appear not-racist also build a suspenseful feeling that something darker is behind the surface.
Rose’s mom Missy (Catherine Keener) specializes in hypnosis. It quickly becomes clear that Missy is using mind control tactics to basically enslave black people. Under her spell, her victims take a psychological fall into a dark abyss and are left in a robotic state. It would have been nice if this aspect of the plot was given more screen time.
The film picks up pace when Rose’s parents host a “family” get together that actually turns out to be essentially a “slave” auction. It almost takes too much time to get to this point in the plot. A few more moments, and it would begin to feel like trudging through a repetitious build up. From here forward, it becomes pretty fast paced as Chris desperately tries to escape a horrific fate.
“Get Out” probably won’t actually scare anyone, but it is highly entertaining in a very dark way.
Kudos

“It really doesn’t matter if you’re ‘Black or White”.
Due to a mixture of holiday, work commitments and sickness (I would not wish to inflict my bronchial cough on ANY cinema audience for a while) I haven’t been to the cinema in over a month… shocking. But it has given me a chance to catch up on some of the films in 2017 (and a few from last year) that I hadn’t got to see. So this will be the first of a series of such “DVD” reviews.
“Get Out” was written and directed by Jordan Peele and was his directorial debut. And a hot item on his resume it is too.

But the weekend coincides with an “annual gathering” of family and friends, and events quickly take a left turn into “The Twilight Zone”, with anti-smoking hypnosis and a bizarre game of Bingo where the win is so substantial that playing becomes a ‘no brainer’. Can Chris ‘Get Out’, with his mind still intact, before it’s too late?

This is a really clever script by Peele. The film baits you into thinking this is some redneck-inter-racial-revenge flick, but actually the colour of the skin is almost irrelevant. (Or is it? This angle is left deliciously vague). Some of the filming is spectacularly creepy, with the hypnosis scene being reminiscent to me of the excellent “Under The Skin”. And never has a teaspoon in a cup of tea been a more devastating weapon.

I seemed to have talked at length this year in this blog on the subject of the “physics of horror”: the story elements hanging together in a satisfying – albeit sometimes in an unbelievable – way. “Get Out” delivers this to perfection, keeping its powder dry until the closing moments of the film before delivering a series of satisfying “Ah!” relevatory moments.

While the ‘physics’ of the film is good the ‘biology’ is bonkers, featuring a plot point from the terrible first episode of the 3rd season of the original “Star Trek” (if you can be bothered to look that up!). But I’ll forgive this, parking my incredulity, to salute what I think is one of the year’s most novel and impressive low-budget indie horror films.
Kudos 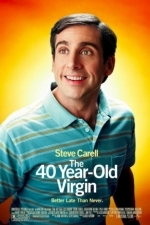 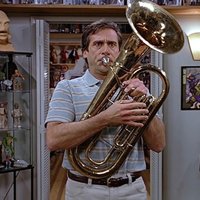 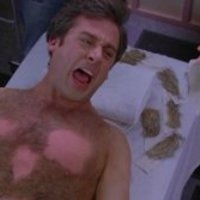 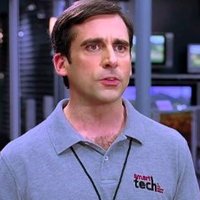 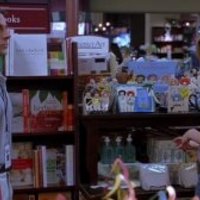 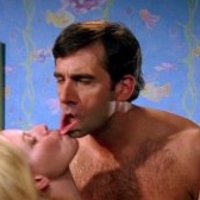 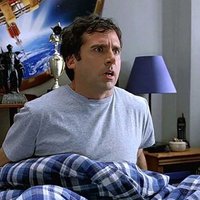 Andy Stitzer (Steve Carell) is a guy who has found his place in the world. Andy has a small but comfortable apartment that is stocked with all manner of high tech electronics, as well as an impressive collection of valuable collectables.

Andy has a comfortable if not dynamic job managing inventory for a local electronics store as well as a group of co-workers who include Andy in their conversations.

Andy’s life takes an unexpected turn when it is revealed at an after hours poker game that he has never been with a woman in a physical way, making him a 40 year old virgin.

Shocked and amused, Andy’s co-workers make it their personal quest to get Andy fixed up and on with his life. Andy for the most part is not overly enthused as his past failures in dating and heavy petting have all ended in disaster causing him to forgo pursuing sex.

Andy takes this all in stride even when it results in some hilarious and often painful experiences ranging from chest waxing, to drunken woman intent on making Andy their pleasure toy. As the experiences go from one bizarre encounter after another, Andy becomes even more confused, especially when his co-workers continue to offer advice that seems less than practical.

During this time, Andy meets Trish (Catherine Keener), who works at a business across from the shop. Andy is unsure how to handle her openness but when persuaded, he realizes that she may indeed like him, and now it is time to put what he has been told into effect.

Playing it cool, Andy does not call right away, but after even more outrageous situations arise, Andy eventually calls Trish and they go out. Things go very well, that is until Andy is faced with situations he has never encountered and all of his life experiences have prepared him for what is to come next.

Directed by Judd Apatow, The 40 Year Old Virgin, is a comic triumph that is consistently funny throughout. Carell is fantastic as he shows that he is a true comic talent that has arrived after his scene stealing performances in “Bruce Almighty”, and “Anchorman”.

The film is very crude and raunchy, but unlike the recent Deuce Bigalow film, there is a sincerity and charm about the films that puts the debauchery in context. This is not a film that throws gross situations at you for shock value, they are included as a natural part of the story and as part of the characters lives.

While some may balk at this, it is important to remember that in a film that deals with single men and sex, in many ways this film could actually be seen as restrained in how the characters discuss and deal with the topics and situations.

That being said, the film is a true work of genius and should launch Carell as the next great comic actor. His ability to blend physical and subtle comedy is amazing as his ability to portray Andy as a sympathetic and understandable character is truly amazing. Talent such as his only comes along once in a great while and thankfully the 42 year old Carell is finally getting a chance to shine. If you love to laugh and do not mind crude humor, do not miss this film.
Kudos