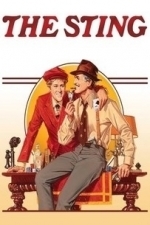 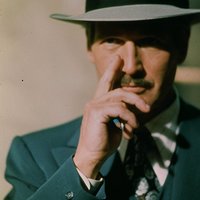 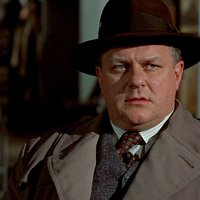 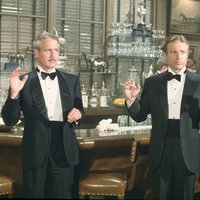 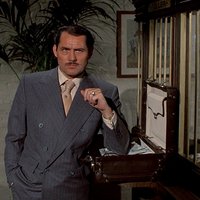 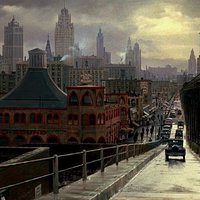 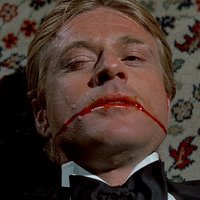 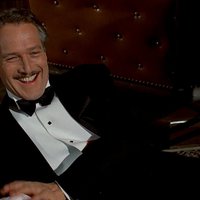 On my list of All Time Favorite Films
I'll come right out and say it - the 1973 Academy Award winning film for Best Picture, THE STING, is one of the greatest films of all time. It's well written, well acted, well directed with a memorable musical score and characters, situations, costumes and set design that become richer over time and through repeated viewings.

Set in Chicago in the gangster-ridden, depression era mid-1930's, THE STING tells the tale of two con man who join forces for the ultimate con of a vile N.Y. Gangster who is responsible for killing a friend of theirs.

From everything I have read about it, the script by David S. Ward (who won an Oscar for his work) arrived pretty much finished. He shaped the story of the con men - and the myriad pieces of misdirection - fully before shopping it around to the studios. Universal jumped all over it and tabbed veteran Director George Roy Hill (BUTCH CASSIDY AND THE SUNDANCE KID) to helm the picture. Hill - being no dummy - saw this as a vehicle to re-team Newman and Redford (stars of Butch Cassidy) and the rest...as they say...is history.

Newman and Redford are perfectly cast as veteran grifter Henry Gondorff (Newman) and up and coming grifter Johnny Hooker (Redford). They have an ease of playing off of each other - each one complimenting the other one - both giving in their scenes with the other one which makes the scenes more rich and alive. They are joined by a veritable "who's who" of late '60's/early '70's character actors - Harold Gould, Eileen Brennan, Charles Durning, Ray Walston and Dana Elcar - all of them bring their "A" game and they are fun to watch. Special notice should be made to Robert Earl Jones (father of James Earl Jones) as Luther, the character who's fate propels the plot forward.

But...none of this would work if you didn't have a "bad guy" that was interesting to watch - and to root against - and bad guys don't get much better...and badder...than Robert Shaw's Doyle Lonnegan. Shaw plays Lonnegan as a physically tough boss who doesn't suffer failure, but is smart enough to avoid obvious traps. He is a worthy adversary of Gondorff and Hooker's and it is fun to watch Newman, Redford and Shaw play off each other. One other note - it was with this performance that Universal recommended Shaw to young Director Stephen Spielberg for his "shark flick" JAWS.

Edith Head won her 8th (and last) Oscar for the magnificent period costumes in this film and Marvin Hamlisch won for the Music - a surprising hit on the pop charts of re-channeled Scott Joplin tunes. The set design won an Oscar - as did the Director, George Roy Hill. All in all, the film won 7 out of the 11 Oscars it was nominated for (Redford was nominated for Best Actor, but did not win).

THE STING is a well crafted film. One that tells a timeless story and that stands the test of time as a testament of how great of an achievement in film this is. It is one of my All Time favorites.

Letter Grade: the rare A+