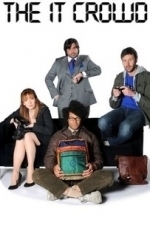 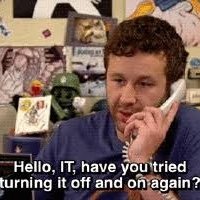 Brilliant cast, witty writing (2 more)
Chris O'Dowd
British humour!!
Not enough episodes (0 more)
Have you tried turning it on and off again?
Kudos 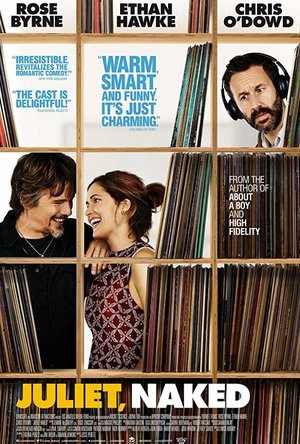 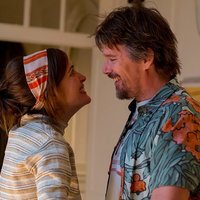 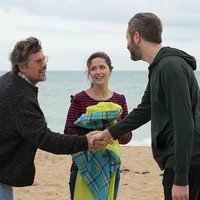 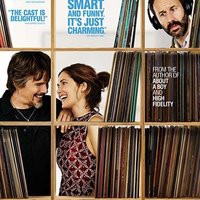 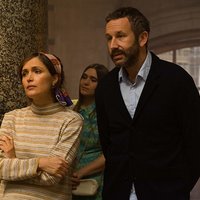 If there's one thing you can guarantee it's that Nick Hornby can write a good book that turns into a good movie. While they never usually hit my favourites list they're always consistent.

This year has seen the romcom take a step back to something more traditional, and I'm loving it. So many have been more about the comedy, but while this one is funny it's very much focused on the relationships.

The movie opens with Duncan's video that sets up part of the background really well and goes a long way to explaining his life's obsession. What follows is a really well implemented flow with the voice overs mixed in.

I went off and read some comments people had been writing about some of my thoughts on Juliet, Naked. It made me remember that a film like this is only ever as good as your own personal experience. It depicts mild obsession in such a realistic way. Watching Chris O'Dowd reactions to Annie and then later Tucker was really on point, and as his behaviour starts to really cause the split between him and Annie her reaction too was just right. In fact I felt the three of them were brilliant on screen throughout.

As a focus for the film, Annie is a wonderful character. Rose Byrne really brings an honesty out of her. You can feel her exacerbation with Duncan's behaviour, her nervousness around Tucker as well as her joy and sadness. That accompanied with the way Tucker changes around her is really beautiful to watch.

Overall there wasn't much to grumble about in this film... but... there's always a but! I didn't feel that the supporting cast were quite as essential. Annie's sister was a little over the top for me, and the diversion around Duncan's affair didn't really match up to the calibre of the rest of the film either.

It's definitely one to watch, and remember to watching into the credits!

I actually wouldn't mind taking home my own Tucker Crowe. 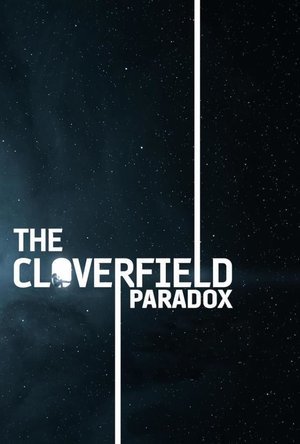 (54 Ratings)
Movie Rating Watch
A fun "who-will-survive" flick
During the Super Bowl, a "surprise" trailer dropped for a new entry in the Cloverfield family of films. The good news is that the film was dropping on Netflix the next day, so fanboys immediately jumped on-line and then started hating on it (again, on-line) because it wasn't exactly what they thought it would be.

Which is too bad, for THE CLOVERFIELD PARADOX is a very fun, very well made, very well acted "10 Little Indians" style Sci-Fi film (you know, the type of film where a finite group of folks are marooned someplace - like and island or an isolated, creepy mansion and are picked off one by one). This time, they are on a space station, and when an experiment goes awry, bad things start to happen.

I stated that this film is another entry in the "Cloverfield family of films", so let me explain that. The overseer of these films is none other than JJ Abrams and he has stated that there will be a series of films - very different in style, type and substance - that will (somehow) be related in the Cloverfield Universe. And, so far, he has fulfilled his promise (at least to me) - for those that just want "more of the same", he has alienated.

The first film, CLOVERFIELD, is a "found footage" film about a giant monster (think Godzilla) rampaging through modern day New York City. Of the 3 films,thus far, in the Cloverfield family, this one (for me) was the least effective (especially because I am not a big fan of "found footage" films). The 2nd film was 2016's 10 CLOVERFIELD LANE and was a very effective psychological horror/drama starring John Goodman as a fellow who has rescued/captured (kidnapped?) Mary Elizabeth Winstead and has locked her in his survival bunker in order to - he says - save her from the monster above. The film effectively goes back and forth with wondering what is scarier - the monster above or the monster (Goodman) below. If you haven't seen 10 CLOVERFIELD LANE, I highly recommend it.

The third installment, then, is THE CLOVERFIELD PARADOX, a prequel of sorts about a group of scientists aboard a space station conducting a desperate, highly dangerous power experiments to solve the world's energy crisis. When something goes wrong, bad things happen. And since this is in the Cloverfield family, you gotta know it has some connection with how the Cloverfield monster got on Earth.

But this film doesn't really concern itself with the Cloverfield monster - which is what I think is angering the "fanboys" - this film is about the survival of the charismatic, international scientists that are stranded on this space station after the accident. Almost every one of the actors in this film are "oh...that guy" type actors - all very good. From German actor Daniel Bruhl (RUSH) to Chinese actress Ziyi Zhang (CROUCHING TIGER...) to Englishman David Oyelowo (SELMA) to good ol' John Ortiz (a million different things) - the cast is strong, fun to watch and easy to root for. They all are in service to the plot devices (and predicaments they are in) and they serve the plot (and the film) well.

Special notice should be made for Chris O'Dowd (BRIDESMAIDS) who brings some much needed levity via his deadpan humor approach to everything as the ship's handyman and, especially, Gugu Mbatha-Raw (BELLE) as the heroine of the adventure from through who's eyes we encounter the events of the film.

I have stated before that I am a sucker for these types of "10 Little Indians who-will-survive" films and this one is no exception. Go in with no preconceived notions, roll with what the film throws at you and you'll have a good time time, too.

THE CLOVERFIELD PARADOX is now streaming on Netflix.

Letter Grade: B (it is the very definition of a "B" movie).