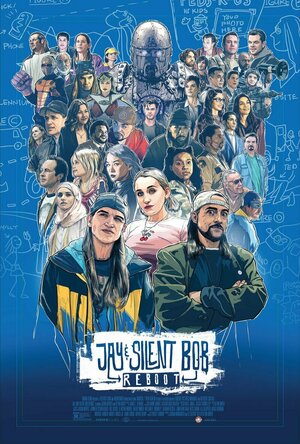 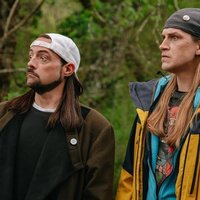 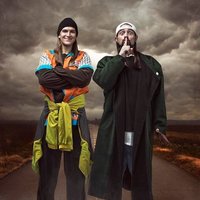 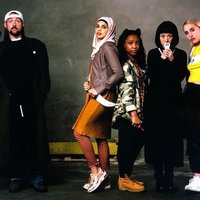 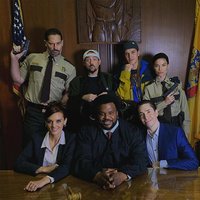 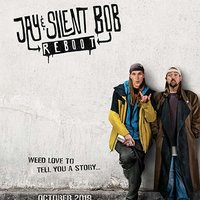 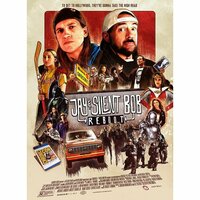 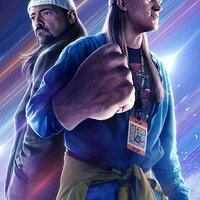 To put it simply, if you're not too keen on anything related to Jay & Silent Bob or Kevin Smith, then this entry is not going to change your mind!

The first film from way back in 2001 was already loveably dumb enough. It's collision of immature humour, social commentary, slapstick silliness and plentiful references to past Kevin Smith projects leant it an awkward charm, and things are no different this time around, with exception of everyone involved looking older.

The plot revolves around the titular duo traveling to Hollywood to stop the reboot of a comic book film featuring characters based on their likenesses (literally the same plot as the first). Cue plenty of remarks about the state of cinema and the unstoppable geyser of reboots/remakes/re-imaginings, followed by an absurd road trip, and everything feels familiar and homely.

Jason Mewes and Kevin Smith are just as likable as they every have been as Jay & SB, and the supporting characters, lead by Smith's daughter Harley Quinn, are much the same (although they took a bit longer to grow on me).
There is a veritable plethora of cameos and Clerks call backs peppered throughout, including the likes of Ben Affleck, Matt Damon, Chris Hemsworth, Joey Lauren Adams, Melissa Benoist, Val Kilmer, Jason Biggs, Robert Kirkman....the list goes on and on. None of these inclusions feel particularly forced, and everyone seems pretty willing to be a part of the silliness.

The script is a mixed bag of decent gags, meta lines (sometimes a bit too over the top, to the point of almost insulting the audience!), Kevin Smith talking a whole bunch of shit about himself and some genuinely touching moments. Seriously - towards the films climax, I genuinely fretted that i might let out a little sob...
The truth is, I grew up watching films like Clerks, Dogma, Mallrats etc, and whenever a new entry is put out, I remember just how much these niche comedies mean to me. Jay & Silent Bob Reboot fits right in there with the rest of them.

It's not perfect by any means, but this is a film that can pull off Chris Jericho playing a KKK leader, Redman and Method Man giving parenting, whilst still including a lip wobbling tribute to the late Stan Lee (a we'll know fan of Kevin Smith and his work). How can anyone not appreciate that!?