Entertainment Editor (1950 KP) created a video about Ghosted in TV

They're going from normal to paranormal. Adam Scott and Craig Robinson star in the all-new FOX series, Ghosted. 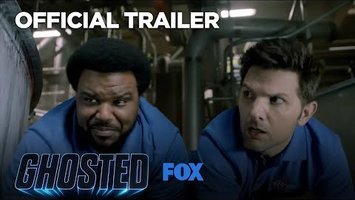 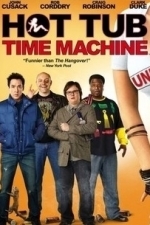 (15 Ratings)
Movie Rating
Adam (John Cusack) is a man going nowhere fast. Upon his return home one day, Adam finds his girlfriend gone, his nephew Jacob (Clark Duke) in his basement addicted to playing online games that simulate real life, and his friend Lou (Rob Corddry) in the hospital.

When Adam meets up with his friend Nick (Craig Robinson) at the hospital, Nick attempts to brighten up Lou by offering him a trip to their old ski resort to relive the fun of their youth. With Jacob tagging along, the three friends head back to the site of their past glory, and realize that things have not improved with time.

The scenic town is now run down and largely abandoned and their resort has long since seen better days. Undaunted, the group breaks out the alcohol and heads for the hot tub in an effort to make the most out of their time with one another and to escape their empty lives.

Upon awakening from their stupor the group discovers that they have been whisked back to 1986 and they appear to everyone there as the younger versions of themselves. Jacob flips though when he sees himself as a flickering image and becomes convinced that they must not do anything to alter the future and must relive the weekend of 1986 over exactly as they did the first time.

A quirky repair man (Chevy Chase), indicates that he can fix the tub, but that he will need some time. Adam is thrilled when he meets his old girlfriend and then laments the fact that he has to end their relationship in order to preserve the timeline. Adam has long regretted her leaving the love of his life and is tempted to do things differently this time.

Nick looks to relieve his failed musical debut as a singer, but knows that he must do what is needed to get home. Lou, on the other hand, is the loose cannon of the group and is thrilled to get another chance at glory and chase women since he has become a pathetic loser in the future.

What follows is a madcap and outrageous comedy that lovingly resurrects the classic 80’s movies of old and infuses the modern gross out humor to successfully blend the old with the new as the friends struggle to get through the weekend and return home without altering the future.

The cast is solid, and Crispin Glover is great as the bizarre bellhop destined to have his arm go missing, but the when and how drives Lou insane in anticipation. While Robinson and Cusack do solid work, Corddry steals the film as a scheming, madcap mix of depravity and patheticness that drives the film.

While the movie did drag in a few parts for me there were enough laughs in the film to keep me interested and enjoy the nostalgic look back at my beloved 80s. 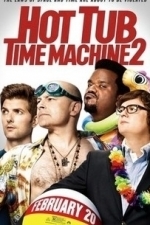 (4 Ratings)
Movie Rating
When “Hot Tub Time Machine” came out almost five years ago, it took a whacky concept of four friends whisked back in time during a getaway to the 80s giving them a chance to fix aspects of their lives they wished they had done differently.

The outrageous and bawdy humor as well as strong performances from John Cusack and Crispin Glover made the film a cult hit that earned over $64 million worldwide and did well on DVD sales as well.

Naturally a sequel was planned and when I first heard it was looking to be a direct to DVD sequel sans Cusack, I had an idea that the film may be little more than an effort to cash in on the success of the first film without offering much to the continued story of the characters.

I was encouraged by the early trailers for the sequel and as such went into the screener with better expectations than I had originally had when I first heard of the projects.

The film explains that “John Cusack’s character is off on adventure of self-discovery as the friends have all become wealthy and famous after the events of the first film. Lou (Rob Corddry) has milked Motley Crue and his knowledge of pending tech to establish himself as a major player, Nick (Craig Robinson) has cashed in on a recording career by covering famous songs from his day before they were ever released and Jacob (Clark Duke) is stuck playing Butler to his father Lou.

Lou has become an example of an ego run wild and during one of his lavish parties; he is shot and left near death. In a move of desperation, Nick and Jacob whisk Lou into the Hot Tub and attempt to go back in time to stop the shooting.

Things do not go as planned as the trio end up 15 years into the future and must find a way to put things right and get home.

One would think that this premise would be able to produce some funny moments, but sadly the film is painfully slow and plodding and most shocking of all, very, very unfunny. The film tries to get some crude laughs from a gameshow of the future and a homicidal Smart Car but the film just wanders from situation to situation looking for laughs and does not setup or execute them properly.

There is a montage scene at the end of the film which sadly is the best part and shows what could have been a much better sequel with the group going through time taking the place of famous individuals and interacting with them.

As it stands, “Hot Tub Time Machine 2”, is a trip you do not want to make. 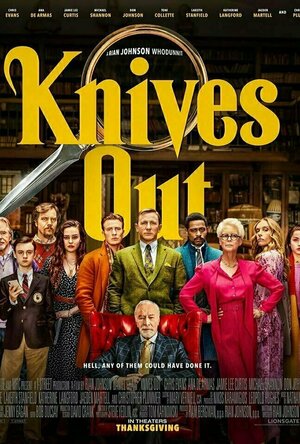 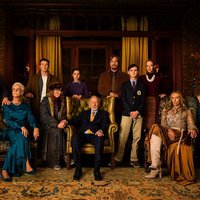 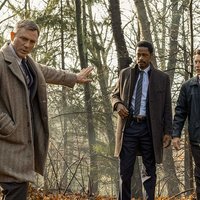 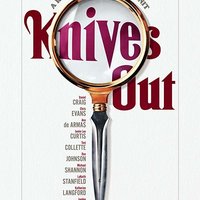 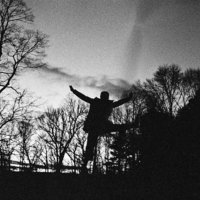 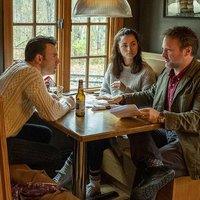 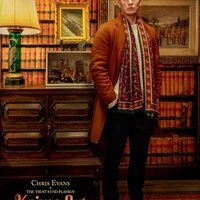 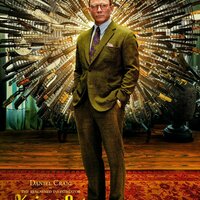 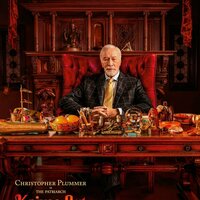 Acting: 10
I can’t speak enough about the amazing performances that made this movie come alive. I honestly don’t know where to start or who had the best chops because they were all so wonderful. Jamie Lee Curtis has always been one of my favorite actresses and her role didn’t disappoint here. She’s Linda Robinson who serves as somewhat of a matriarch in the family. She delivers her lines with such perfect timing and such fluid grace that it’s hard not to love her character. I also appreciated Jaeden Martell’s role in the movie. I can only imagine how hard it is as the youngest cast member when you have all these heavy-hitting stars beside you, but he definitely held his own by putting on a performance here that was even better than his role in It, in my opinion.

Beginning: 10
You are immediately thrown into this story from jump like you are springboarding into the sky. The intrigue is immediate which gave me an instant feeling that I was going to like this movie. It’s a perfect setup for what is to come.

Characters: 10
Nothing short of spectacular. Again, where do I start? I love that every single one of these characters in the movie have a rich story that’s connected to the deceased. There is also some kind of growth (whether negative or positive) with each character which is hard to juggle when you’re talking about managing runtime as well as screentime. I could pinpoint one specific role, but I loved each and every single one of them. That’s not a very common thing to say.

Cinematography/Visuals: 10
Director Rian Johnson really hits home on the visuals with an interesting blend of vivid colors and bleak imagery. I have a great appreciation with how the movie was ultimately cut. It’s a film that doesn’t rush, but takes its time, really capturing special dramatic moments. It almost feels like a Wes Anderson meets Stephen King type of cinematic adventure.

Entertainment Value: 10
From shock value to mystery, Knives Out keeps you on your toes start to finish. It’s funny, it’s smart, and, most importantly, it’s original. This kind of movie has been done dozens of times before and this one is, by far, the most unique of the bunch. It truly is in a class of its own.

Pace: 9
With a 130-minute runtime, it’s only natural that there would be a slip-up in pace here and there. Fortunately, the slowdowns are very brief and barely noticeable. I can only think of one or two moments where I thought, “They could’ve cut that.” The momentum is pretty incredible otherwise.

Resolution: 10
Ends strongly, yet smoothly with a finite resolution. I found it funny that the ending was actually a subtle knife into the hearts of the antagonists. The conclusion is a beautiful whisper.

Overall: 99
Knives Out is hilarious yet touching at the same time. With an original storyline, consistent pace, and brilliant characters the movie succeeds on just about every level. It was both refreshing and unexpected to watch a movie this grand.
Kudos