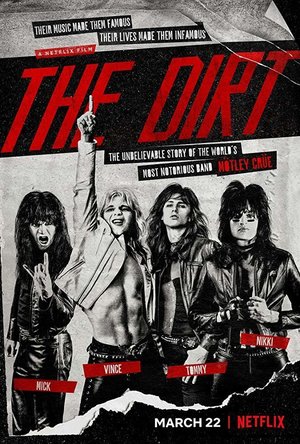 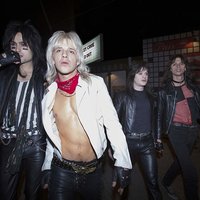 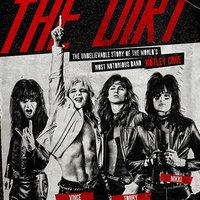 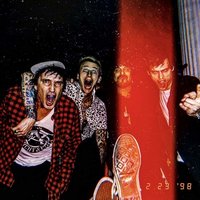 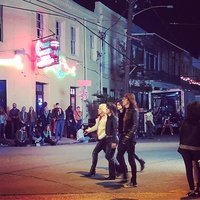 There was A LOT from the book that was left out of the movie, I assume for obvious reasons, but I kind of had a feeling that would happen. Regardless, it was a decent movie. I don't know if I really bought Daniel Webber as Vince Neil. Machine Gun Kelly played Tommy Lee as a lovable goofball for the most part, but wasn't Tommy Lee kind of an asshole? I felt like the whole thing was a bit glossed over. Don't get me wrong, they do the Nikki Sixx/heroin thing, and the Vince Neil/Razzle accident, and the death of Vince Neil's daughter, but I didn't feel like it was as....gritty as it could have, or should have, been. That being said, it was entertaining enough to hold my attention for an hour and 47 minutes, and the music is of course awesome. 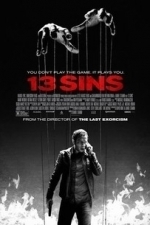 (6 Ratings)
Movie Rating
Story: 13 Sins starts as Elliot Brindle (Webber) about to get married to Shelby (Wesley) and start his own family but because he isn’t as ruthless in his salesman job he loses his job making it difficult to supporting his mentally disabled brother Michael (Graye) and his bitter father (Bower).

Running out of options a chance phone call promises him money for doing something as simple as killing a fly once complete Elliot gets a second phone call with the promise of more money for a task. With two challenges down Elliot get offered a chance to enter into a game to complete in 11 more challenges to get more money that could change his life forever.

When the challenge starts to become very twisted it grabs the attention of Detective Chilcoat (Perlman) but just how far will Elliot will go for the money.

13 Sins gives us a horror thriller that pushes our character to the limit which is why I do think this is a very enjoyable. I will say it starts out slow and puts the character in a position that you would expect them to take the challenge by not knowing how far they would be pushed. This helps us think this would be hard to say no to. I will say this really pulls you in but I do think the certain moments at the end feel forced.

Mark Webber: Elliot Brindle is a down on his luck salesman who is about to get married, have his own child all while supporting his mentally disabled brother and alcoholic father. When he gets phone call he gets a chance to end all of his money troubles by completing a set of challenges, this will test Elliot to the very limits leaving us to wonder how far he will do. Mark is great in this role making us feel like he really is an average man struggling.

Devon Graye: Michael Brindle is the mentally disabled brother of Elliot who is about to find himself back in a home if his brother doesn’t find money to support him. Devon seems like an important character that just seems to get forgotten through the final outcome of the film.

Rutina Wesley: Shelby is the fiancée of Elliot who is getting ever so upset with Elliot on the day of the challenges because he is coming off distant but her relationship is important to everything that is happening. Rutina is basic in this supporting role because we don’t get the screen time.

Ron Perlman: Detective Chilcoat takes the case that Elliot finds himself causing him to discover what has been happening for years. Ron is solid in this supporting role that has a moment that is worth the wait nearer the end.

Support Cast: 13 Sins has a supporting cast that is included in the game in ways you have to figure out how they are involved.

Director Review: Daniel Stamm – Daniel gives us a thriller that is shocking in places as we just have to see how far we see our character go.

Horror: 13 Sins has gore moments that shock but filled with suspense around the gore.

Thriller: 13 Sins keeps us on edge as we wonder what will happen next in the game.

Settings: 13 Sins doesn’t have the most iconic locations which helps make us think it is in a small city but with the bigger picture of the game doesn’t work.
Special Effects: 13 Sins has great special effects used throughout with the gore factors.

Suggestion: 13 Sins is one for the horror fans to watch. (Horror Fans Watch)

Chances of Tears: No

Chances of Sequel: No

Similar Too: Would You Rather, Cheap Thrills

Tagline: You don’t play the game. It plays you.

Decent cast (0 more)
Feels false (0 more)
Brainless Fun
The Dirt is a Motley Crue biopic that debuted on Netflix last month. It is Jeff Tremaine's, (the director of the Jackass movies,) first narrative feature film. This should maybe give you some idea of what to expect within the movie. If Bohemian Rhapsody, Wayne's World and Jackass had a baby, this would most likely be the result.

Your enjoyment of this movie will probably depend on what you are wanting out of it going in. I am a casual Motely Crue fan, I only know a few of their songs and have a very surface level knowledge of their history. I was watching this movie for a bit of dumb fun after I had seen the trailer and it delivered exactly what I expected it to. If however, you are a die hard Motley Crue fan looking for an in-depth biopic with a sense of grit and realism, you will most likely be sorely disappointed.

The plot to this thing plays out like a Wikipedia article, in the sense that it hits all of the major beats of the band's history, but glosses over so much more and leaves any sense of nuance at the door. It is also incredibly cartoonish and cheesy, at no point in the film do you ever feel that you are watching the actual members of Motley Crue and it is always painfully clear that you are watching a group of actors in bad wigs playing faux, characterture versions of real people.

Don't get me wrong, I don't think that the cast have anything to do with how shallow or glossy this thing is. I think that Daniel Webber did a decent job as Vince Neil and Douglas Booth is okay as Nikki Sixx. For some reason, Machine Gun Kelly plays Tommy Lee as a goofy, lovable rogue, as apposed to the aggressive violent abuser he is in real life. Iwan Rheon is by far the stand out as Mick Mars, the older, more jaded member of the group who totally dismisses the immature 'sex drugs and rock and roll,' bullshit mentality of his band-mates and comes away with some of the driest, funniest lines in the movie.

Overall, I gave this a 7 based on the brainless fun I had watching it, but it by no means feels accurate or realistic, nor does it feel like it's trying to be. Hardcore Motely Crue fans will probably feel like they were let down by this biopic, but I got exactly what I wanted out of it and enjoyed it for what it was.
Kudos