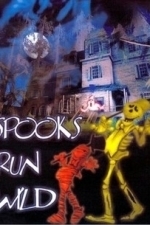 (1 Ratings)
Movie Rating
The East Side Kids Meet Dracula
Spooks Run Wild- is a funny entertaining horror movie starting the East Side Kids and of course Bela Lugosi as the creepy man/villian.

The plot: The East Side Kids are sent to summer camp, and shortly after arriving they encounter a mysterious man named Nardo (Bela Lugosi). Naturally, the Kids assume Nardo is the "monster killer" they've been warned about. Their theory is strengthened when they see Peewee (David Gorcey), seemingly risen from the dead after getting shot, walking around Nardo's house in a zombie-like trance. The Kids take it upon themselves to capture Nardo before he can kill anyone else.

Like i said its funny entertaining and over a good black and white comedy horror film.