Viena and The Fantomes | Trailer 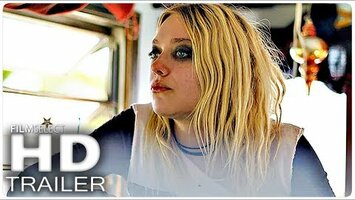 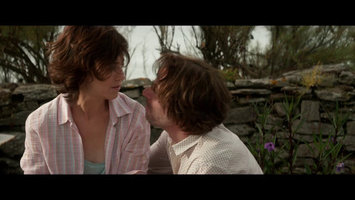 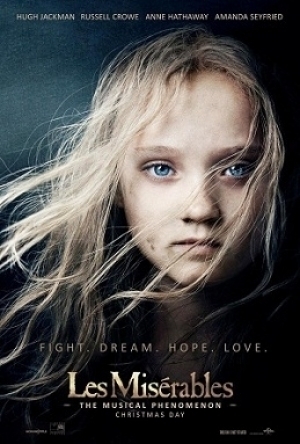 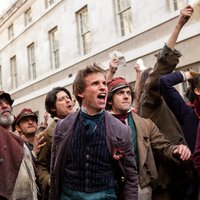 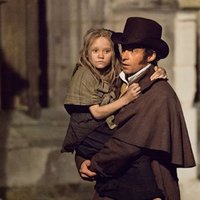 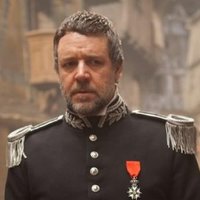 Words cannot express how amazing this movie is. For those of you who have shouldered through the modern-day musical revival; suffering through the questionable singing talents of many stars as “Phantom of the Opera,” “Chicago,” “Moulin Rouge,” “Sweeny Todd,” and that abysmal rendition of “Nine” – I can assure you, that “Les Mis” will change that perception. For once, the casting crew took the time to select a cast capable of the repertoire’s vocal demands (and Les Mis is very vocally demanding – as most operatic pieces are). It’s apparent that each singer was heavily vocally coached and trained, some faring more so than others. While this is no replacement for raw talent, I can assure you that the cast was downright fantastic.

For years I studied and sang opera. I know music and I’ve sung my fair share of Les Mis pieces in my past. I adore Victor Hugo and “Les Misérables” is by far one of my favorite literary works. When I began to watch this movie, I was keyed up to be critical on the vocal spectrum, the literary aspect, and the representation of one of my favorite Broadway/London pieces. To be frank, I wasn’t disappointed at all.

For those unfamiliar with Hugo’s work or what to expect with Les Mis, let me give you a brief synopsis on its plot and the history of the French revolution in which this takes place. France has just endured her infamous Revolution (the one with the guillotine, Marie-Antoinette, and the Sans Culottes movement) and her people are still suffering. There is no money for food, the country is in the midst of a depression, and the Napoleonic regime is yet to come to fruition. Thus, you find Fantine (Hathaway), a poor but determined (and beautiful) woman trying desperately to make enough money to support her daughter, Cosette, who resides with friends in another city. The book reveals that Madame Thénardier (Bonham-Carter) and her husband, Thénardier (Baron-Cohen) were supposed to be taking the money that Fantine had given to them to provide for her daughter, Cosette. Instead, however, Cosette is forced to live in absolute poverty while Thénardier’s daughter, Eponine, lives the life of opulence. Meanwhile, Jean Valjean (Jackman), an ex-convict, is trying desperately to find legitimate work after his stint in prison for stealing a loaf of bread to provide for his starving family. The infamous policeman, Javert (Crowe), feels Valjean will re-offend and makes it his mission to pursue Valjean until the end.
Finding the world a terrible place as an ex-convict, Valjean seeks to steal from a church her silver, believing he has no other way to survive. It is the love of a good priest, however, who gives Valjean the silver he seeks under the pledge he will become a servant of God and provide for others the same good he has provided for him. Thus, years later, we find Valjean a reformed man (who has skipped on his parole and assumed a new name), running a factory in which Fantine works. And so, when Fantine is fired from her job and takes to a life of prostitution in order to provide for her daughter, it is Valjean who feels the burden of her demise and takes it upon himself to save Cosette and raise her as his own.

Of course, this entire time, Javert is pursuing Valjean and a new revolution is starting to take place amongst Paris’ people. Years later we find Cosette grown to womanhood (now played by Seyfried), and falling in love with one of the revolution’s key players, a youth by the name of Marius (Redmayne). The Thénardiers are back again and we find their once-grand lifestyle has resorted to a life of gutter-crime and Éponine (now played by Barks), is desperately in love with Marius as well (although her love is unrequited). For those unfamiliar with how the story plays out, I will leave it at that.

I will caution those who have never seen this play to prepare for a long show. It is very dramatic and very intense, but visually breath-taking and emotionally moving in so many ways. Vocally, there are times when the legato is lacking and some transitions seemed forced (Crowe struggled many times with allowing his natural vibrato to come through instead of pushing a sustained note; Seyfried’s vibrato is very trill-like and sometimes distracts from the pure quality of her spinto-soprano range). However, I must say that I was blown away by Hathway’s performance (she brought me to tears with “I Dreamed a Dream” due to her emotional rendition) and her ability to truly escape into her character. Similarly, Tviet (he played Enjolras) was stunning with his vocal command and Redmayne was equally as impressive. Jackman will amaze you with his rich tenor and, surprisingly, I found Crowe to have a fantastic baritone when he didn’t force his work. Baron-Cohen and Bonham-Carter provided a much needed comical respite throughout the film (and both sing beautifully as well, although this movie didn’t focus on their vocal command as much). Barks did a lovely job for most of her work; although I found her rendition of “On My Own” a bit forced (she is a true mezzo but seemed to push her high notes, although this may have been where her voice shifted into her head voice which is no fault of her own).

Overall, if you are an avid musical lover and have been waiting for a proper rendition of this production, this movie will astound you. Visually, the movie is breath-taking and the acting is absolutely fantastic. I’m still haunted by the revolutionary song, to be honest. If you’ve been waiting for a musical worthy of the big screen, this one is it. Look for it to sweep the Oscars this year.
This movie deserves an A all around.