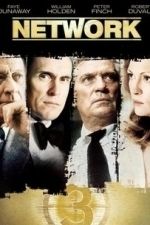 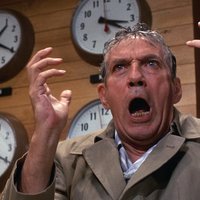 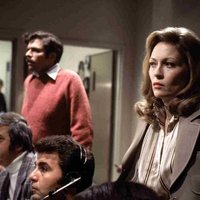 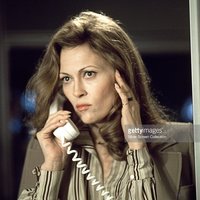 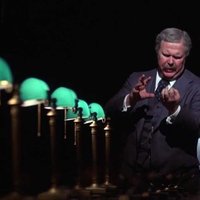 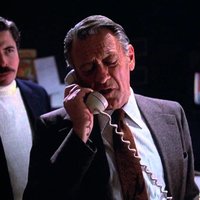 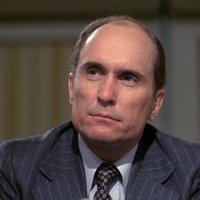 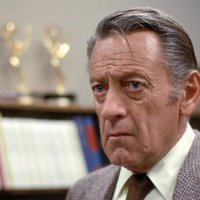 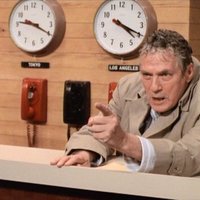 All time classic
"I'M MAD AS HELL, AND I'M NOT GOING TO TAKE IT ANYMORE!"

One of the most famous lines in film history is as impactful today as it was when it was first uttered by fictitious news anchor Howard Beale in Paddy Chayefsky's (seemingly) parody of where TV and TV news is heading, 1976's NETWORK.

The astonishing thing about this terrific motion picture is how prescient it is. News is now entertainment. Appeal to the disaffected masses. Drive our message to the viewers. Be provocative. The 6:00 news had "less than 1 minute of hard news, the rest was sex, scandal, brutal crime sports, children with incurable diseases and lost puppies."

Sound familiar? This isn't from today, it came from this movie that was made 42 years ago as a cautionary tale of what might happen.

Besides the social ramifications, how does this film hold up? Quite well, indeed. A rare 10 star BankofMarquis film. Starting with the great Paddy Chayefsky's Oscar winning Screenplay. This was the capper on a brilliant career from Chayefsky - who also won Oscar's for his screenplay for 1972's THE HOSPITAL (I'll have to check that one out) and 1956's MARTY.

What does a terrific screenplay do? It attracts top-level talent clamoring to be in this - and they all deliver. Start with Faye Dunaway who won the Lead Actress Oscar for her role as Entertainment Head Diane Christensen - a driven, work hard, play hard individual who has the idea to make news "entertainment". Lost in the fog of time (and MOMMIE DEAREST) is the fact that in the mid-1970's, Dunaway was, perhaps, the greatest leading actress of the day and her skills are in sharp display in this film.

Joining Dunaway in terrific supporting turns are Robert Duvall, following his turns as Tom Hagen in GODFATHER I and II, as network head, Frank Hackett, Ned Beatty as Ned Jennings, President of the company that owns the network - he has a speech towards the tail end of this film that is as good - both in performance and in the way that it is shot - as anything put upon the screen - it was masterful. Speaking of masterful, Beatrice Straight won the Oscar for Best Supporting Actress in one of the shortest performances to ever win. She is in this film for about 6 minutes in total - but she won her Oscar for a 5 minute scene that is, most definately Oscar-worthy.

And then there are the leading men. William Holden gives one of the last great performances of his extraordinary career as the "voice of reason in this film". He is our everyman caught up in the bizarre, absurd circumstances that evolve around him. It is his effort to try to make sense of this insanity that jumps off the screen. Holden was, deservedly, nominated for a Best Actor in a Leading Role Oscar, but lost (rightfully so) to Peter Finch's turn as crazed newsman turned prophet, Howard Beale. His maniacal (but not over the top) turn is one for the ages. If you do nothing else, see this film for his performance (but there is so, so much more to love here). Unfortunately, Finch passed away from a heart attack in between his Oscar nomination and win, and was the first posthumous winner in an acting role (sadly, Heath Ledger would join this "club" years later).

Finally, enough cannot be said about Sidney Lumet's direction. A movie like this would not succeed without a sure, steady and seasoned hand at the helm - and this is how I would describe Lumet's direction. He lets the camera roll and lets the actors and the screenplay take center stage, not drawing attention away, but adding to the themes of the film throughout - especially in Beatty's speech at the end.

NETWORK was nominated for (but did not win) the Oscar for Best Film of 1976. Did it lose out to other nominees ALL THE PRESIDENT'S MEN or TAXI DRIVER? Nope, it lost to ROCKY.

Let that sink in.

If you get a chance to watch (or rewatch) this film, I highly recommend you do so. For me, it was GREAT to watch this on the big screen with an audience, one of the reasons I love - and will continue to attend - the SECRET CINEMA series of films.

“I’m mad as hell and I’m not gonna take it anymore!”
…the lasting legacy of Peter Finch’s rants, which began with a breakdown and became the ratings winner in the 1970’s Network driven news media. This is of course, fiction but the commentary on the changing and more corporate driven American media industry of the the time is not without merit.

Smartly scripted, on the ball cynicism and yet harking back to the rose tinted nostalgia common with American media movies in whcih the industry was supposedly filled with Walter Cronkites,

Howard Beale (Finch) has an on air breakdown and whilst his best friend and producer, Max Schumacher (William Holden) tries to pull him from the air waves, allowing him to bow out with some dignity, the new wave of corporate management lead by CEO Frank Hackett (Robert Duval) and Holden’s replacement and eventual lover, Diana, (Faye Dunaway), have other ideas.

She sees an opportunity in the ratings spike gained by Beale’s rants which speak to the peoples growing frustrations and takes advantage, only driven by ratings.

Though the screenplay and performances are nothing less than brilliant, there are two core problems with this movie.

The first being that it is too long. The plot seems to be dragged out and repetitive as we approach the almost inevitable conclusion and the second is the level of preaching. But this is a symptom of the first, opening with a good argument, with old school journalism versus the TV generation and as the film goes on, the arguments need to escalate but since this was covered in the first half an hour, the points become laboured and over started.

The notion that the TV generation is shallow and amoral is put at odds with the middle aged newspaper reader, where time and decency are standard. This is a point which I refuse to accept since some of the 20th centuries most amoral acts where committed either before 1936, the birth of television and in the first couple of decades there after, by the very generation whcih is being held up as the moral standard here.

large_network_blu-ray_3The press has always had its paymasters, always had to sell newspapers and whilst the medium and methods may have changed, this does feel like sour grapes by the end. Criticising the characters motivations is one thing, but this film seems to imply that the modern world of television is making sociopaths of us all, dumbing us down and numbing our emotions to the point of accepting nothing but pure spectacle.

In many ways this is true but is also a very flawed argument and comes across as bunch old men crying into there Scotch in some dimly lit bar, in a way not too dissimilar to the print or broadcast media of today, hitting out at the blogging and twitter generation.

The ending was amusing though with the quote “This was the story of Howard Beale, the only known case of a man killed because of poor ratings”.