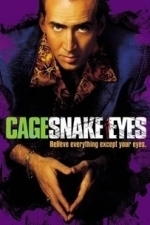 The Plot: Detective Rick Santoro (Nicolas Cage) has never played by the rules. When he attends a high-profile boxing match with his friend Navy Cmdr. Kevin Dunne (Gary Sinise), as well as Defense Secretary Kirkland (Joel Fabiani), he witnesses a terrorist assassinate Kirkland. Despite a lockdown on the arena, key witness Julia Costello (Carla Gugino) escapes -- and Santoro begins to suspect Kirkland's death is part of a much larger conspiracy that involves boxing rivals and a beautiful stranger.

It was a good movie, very underrated. 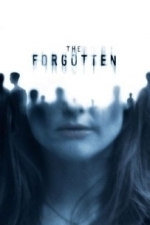 (7 Ratings)
Movie Rating
You Must Forget
The Forgotten- is a good sci-fi, horror, mystery, suspense film. The cast is really good in it. Just the twist wasnt good.

The Plot: In "The Forgotten," Julianne Moore stars as Telly Paretta, a grieving mother struggling to cope with the loss of her 8-year-old son. She is stunned when her psychiatrist (Gary Sinise) reveals that she has created eight years of memories about a son she never had. But when she meets a man (Dominic West) who has had a similar experience, Telly embarks on a search to prove her son's existence, and her sanity.

Its a good movie.
Kudos 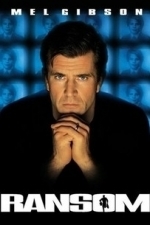 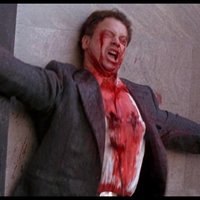 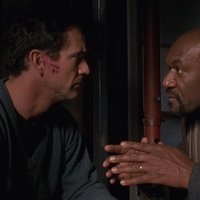 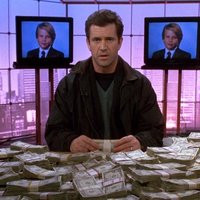 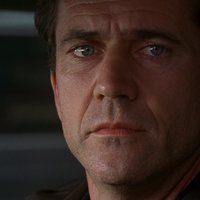 Mid-90s thriller, starring Mel Gibson (back when he was still at the height of his career, before going completely loco IRL and getting himself into all sorts of trouble) as a wealthy airline owner whose son is kidnapped, and who must pay a ransom in order to get the kid back.

However, for 'reasons', and following a botched attempt to do so which the FBI crash, he decides instead to offer the ransom as a bounty on the kidnappers instead - kidnappers which the film has no qualms whatsoever about revealing from pretty much the get go.

That would have been a great twist (offering the ransom as a bounty, I mean) had the marketing for the movie not relied so heavily on it.

There's also surprisingly little made of it in the movie proper, save for one or two throwaway lines by interviewed citizens on the street.

As such, the film really relies on the 'star power' of Gibson himself and his co-star Rene Russo, alongside a strong turn by FBI agent Delroy Lindo and Gary Sinise.

The result is one of Gibson's more forgettable mid-90s thrillers, I feel.
Kudos

This Is Your Ransom
Ransom- is a great thriller. Full of suspense, drama, action, crime and thrills.

The plot: Through a life of hard work, airline owner Tom Mullen (Mel Gibson) has amassed a great deal of wealth. When a group of criminals want a piece of his cash, they kidnap his son (Brawley Nolte) for a $2 million ransom. Encouraged by his wife (Rene Russo) and an FBI agent (Delroy Lindo), Tom prepares to pay the money, but the ransom drop goes awry. Enraged, Tom decides to turn the tables on the kidnappers by making the ransom a bounty on their heads -- which he announces on national television.

The original story came from a 1954 episode of The United States Steel Hour titled "Fearful Decision". In 1956, it was adapted by Richard Maibaum and Cyril Hume into the feature film Ransom!, starring Glenn Ford, Donna Reed, and Leslie Nielsen. The film was also influenced by Ed McBain's police procedural novel King's Ransom.

Its a great thriller and a must watch film, it will leave you on the edge of your seat until the very end of the film.
Kudos 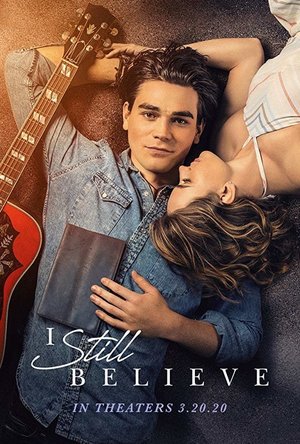 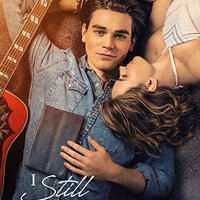 rip my heart out why don't you
Contains spoilers, click to show
Hear me out. The thing about this film is that if you know anything about Jeremy Camp and his story, you know that Melissa dies. Spoiler alert - but I don't think that's news to anyone. I think what makes this film so good is that it's about a love story but it's almost four different love stories. It's about Melissa's blind, unwavering, awe-inspiring love for God. It's about Jeremy's renewal in that faith and in his belief and his love of God after Melissa dies. It's about Melissa and Jeremy's incredible love story - to walk through the fire together, until the end, to put it the way his dad does in the film. But it's also about God's love. And this is coming from a girl who is unsure about what to believe in the slightest. I'm not the preaching, church-going, praying person. I'm not even sure if there is a God, but I believe that people believe it and I respect them for it. Maybe I'll find it one day, maybe I won't. Regardless, this film is beautiful.

What annoys me about the critics that watched this film and their reviews is that they're almost surprised that she dies and that it's a Christian film. Like, do you know anything about Jeremy Camp and who he is? He's literally a Christian singer - for a living. I think this is one of those films where the audience is way more insightful than critics. I've said it before and I'll say it again, I feel like it's so easy for critics to critique and not just escape in the film. But I digress.

K.J. Apa and Britt Robinson are forces in this film. I think that they already have long, successful careers in front of them, without a doubt, but when they work together, they make some serious magic. This is their second film together and I could watch them in a million more. Shania Twain was a nice plug. I think sometimes when you put big country stars in films - Trace Adkins, Shania, etc. - it can be kind of overpowering (depending on the film), but she's very understated but memorable. The standout though, to me, other than the leads was Gary Sinise as Jeremy's dad. There's a moment towards the end of the film where he's just overcome and he leans against the wall and there's a picture of K.J. (meant to be Jeremy) under him and it just hits you. I feel like that was his strongest moment and one of the best moments of the film.

Overall, I think this film is really beautiful. I'm sure I'll come back to it a million times more. I definitely recommend watching it, just have tissues.
Kudos

I have just watched this and completely agree, great review 👍
Kudos