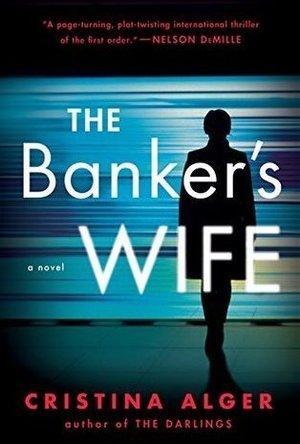 (2 Ratings)
Book Rating
Great, exciting, tense novel
Annabel Lerner feels isolated in Geneva: she's not like the other bankers' wives, and she rarely sees her husband Matthew anymore. They moved to Geneva for a fresh start--and yes, to take advantage of the salary Matthew's private banking job at Swiss United offered. But Annabel never realized how stressed Matthew would be or how often he'd travel. And then, suddenly, he's gone: his private plane simply falling off the radar over the French Alps. Before she can even understand what's happening, Annabel is left to deal with the aftermath, including a trail of secrets and the powerful men at Swiss United who don't want them exposed. Meanwhile, Marina Tourneau is a reporter for The Press. Her mentor, Duncan Carr, has been chasing a story involving Morty Reiss, whose hedge fund was one of the largest Ponzi scams of all time. Supposedly, before he could get caught, Morty committed suicide. But Duncan and Marina believe Marty faked his death and Duncan has become obsessed with proving it--to the detriment of his health, his reputation, and his career. But Marina is also engaged to Grant Ellis, whose wealthy father, James, is about to run for President. The plan is for Marina to stop writing and stand by her man. But when she suddenly realizes she's on the trail of the story of her career, what will she do?

Well, this turned out to be a gem of a novel. When I first started reading it, I was a little worried that I wouldn't see what the fuss was all about, but things quickly picked up, and I was hooked. One of the best things about this novel is that it's an old-style thriller--it reminded me of old-school Grisham or Stieg Larsson. It even throws shade at the glutton of Girl books and their (annoying) unreliable narrators, which I love. This is a mystery for folks who love real stories without any fuss or distraction and with strong characters--all of which combine to leave you befuddled and anxious as everything slowly unfurls.

Alger takes us into the complicated and dark world of Swiss banking, where we are introduced to a lot of real bad guys who have no morals. You can't trust them, you know they are bad, and you know your heroes and heroines are in true danger. Rarely do I think this while reading a book (because, face it, the book is always better), but I really think this book would *actually* make a great movie. It's exciting and tense, and the way things are slowly revealed would make for a very effective film.

But, anyway, it's a wonderful novel. You quickly get sucked into Annabel and Marina's worlds--the majority of the story is told from their points of view. There's a decent amount of ancillary characters to keep track of, but it's certainly manageable. The best is not knowing who to trust, what to believe, or how things went down. There's that Girl with a Dragon Tattoo-reporting vibe that I love: the pleasure of solving a case. The story is set in 2015 but is completely timely, yet utterly timeless in its essence of greed, money, and fear--and what people do in the name of all three. I just loved the old-fashioned thrill of it, the long list of suspects, the excitement of trying to work out who did what.

Overall, this is just a great novel. The plot is excellent--tense, exciting, and expertly woven together. The characters are strong, but it's really the story that's the standout here. It truly reminds you of mysteries and thrillers of old (I sound ancient here, but whatever). Don't let the banking theme scare you off: this is a fabulous read, and if you're a mystery or thriller fan, I think you'll really enjoy this one. 4+ stars.

I received a copy of this novel from the publisher and Netgalley in return for an unbiased review (thank you!).