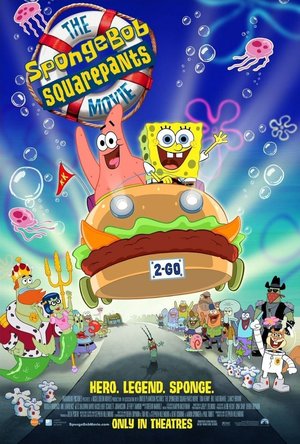 Nautical nonsense for kids and grown-ups alike
"The SpongeBob SquarePants Movie" has all of the wit and charm of the popular television cartoon, following SpongeBob and Patrick as they set off on a feature-length adventure to retrieve the crown of King Neptune. The film doesn't concentrate on as many characters as one might hope, with Squidward getting limited screen time, for example, but this keeps the narrative focused. The animation is appealing, the jokes can be downright hilarious, and I feel that the "Goofy Goober Rock" climax is unironically one of the most badass sequences in any movie, with an incredible guitar solo to boot. It's quotable and nostalgic for many, with a surprisingly enjoyable soundtrack, and it would have been a satisfying conclusion to the television series.
Kudos

You are the goofy goober, not me!
Kudos

When the diabolical Plankton sells the crown of King Neptune and frames his business rival Mr. Krabs...