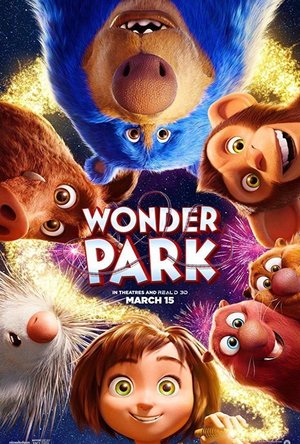 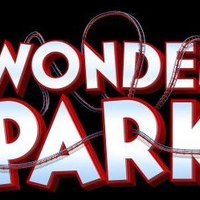 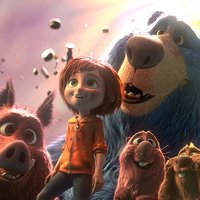 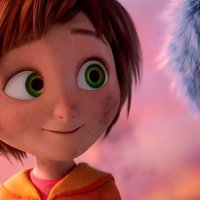 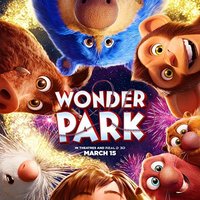 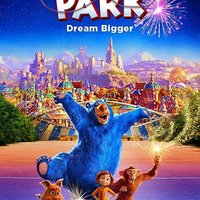 Contains spoilers, click to show
First off, this is going to be awash with spoilers because I was absolutely amazed by the reaction I had to it. It's not unheard of for movies to turn out differently to how the trailer portrays them but in this case it felt like a rather low blow. I think there should have been some clues to what lay ahead without having to read reviews.

Second thing to get out of the way... the park is called Wonderland... why is the movie called Wonder Park? Pick one and stick to it!

June and her mum create their very own amusement park, it has amazing rides and its animal mascots love to amuse the crowds as they see the wonders that Wonderland has in store. The pair happily create together until June's mum is too sick to carry on. She needs treatment, which means that June and her father need to hold the fort while she's away. Playing with Wonderland isn't the same without her mother and in that moment she decides to pack everything away. Where fun once stood are now bare walls and a serious June who is hellbent on making sure her father doesn't stumble into anything bad.

What I had expected from the trailers was something comedic, the park was surely run down because June had grown up and make believe wasn't cool anymore... What I was served was something with a much more emotional twist of the knife. As soon as June's mother started looking unwell I knew it would be nothing like I'd expected.

We're never privy to what June's mum has, but the whole illness is a much more "glamorous" version of how real life goes. Ultimately we see her leave for treatment and then she comes back "better". No returning home between treatments, no visiting her at the hospital. In this, illness is obviously treated with magic, and while the film shows the more real aspects of the emotions it glosses over the rest.

Let's go to the cast of characters for a bit, and here comes a massive gripe... The UK version and the US version have a different cast. For whatever reason it's only the US cast that got an IMDb listing so I went off for a Google. Here's a quick comparison:

I am at a loss. This film is absolutely not set in the UK, so why would you sub in a different cast when you have so much talent on the original roster? Suggs and Lee were weak and lacked any kind of dramatic quality. Kenan & Ken... I can hear them in my head now, they would have been wonderful together. I love Tom Baker, but he wasn't right either. It was a rather flat performance that needed a little more pep to boost the slightly bland character. My other query would be why John Oliver was cast as Steve for both versions. After seeing the "backing up" bit in the trailer I had hoped for something better in the expanded scene but no, it really was delivered that badly and the rest of his performance was no different. Having him up against Milas Kunis just added to the disaster, while Greta wasn't a great character Kunis did at least give us a good show.

Back to the story. June is sent off to math camp but on the way she has a panic about what might happen to him while he's on his own. There's actually quite a fun little montage here and that convinces her to get off the bus with the help of her friend so she can return home. Scheme executed she dashes off into the forest to make her way home... ba-da-bing ba-da-boom... magic tree portal.

We find that Wonderland is in tatters because it's cuddly little army of toys are dismantling everything that's fun and sacrificing it to the big black swirling vortex in the sky, a vortex that appeared just after the creative voice stopped whispering design ideas into Peanut's ear for the park... that's right... the swirling doom is June's depression, worry and anxiety caused by her mother going away because of her illness... well, shiiiiiiiiiiiiit.

Of course this movie land though, we know everything is going to get better. Our animal friends go from liking June to hating her when she admits the changes were her fault. She then has to redeem herself and everyone lives happily ever after.

I may be paraphrasing a whole section of the film there but that's the basic gist.

There's quite an odd balance in the film, it feels like we hardly get to see much of the park itself, and certainly not a lot in its full glory. The storyline is quite family heavy which for obvious reasons is a little on the serious side. We chop and change between events so quickly that we don't really get to know any of the characters at all, and it's difficult to see how they thought that was sensible in such a short space of time.

The animation is fine, nothing to write home about, but it just seemed to be a little bland on the scale of things. This is really not to say it's bad, we're just lucky to have so much great stuff around at the moment with a standard that is so high.

Wonder Park seems like it's trying to hit a Disney/Pixar level. The message is a surprisingly emotional one and I was surprised how much it affected me, I honestly don't know how I managed to contain my sobbing and on more than one occasion I had tears streaming down my face... there was nothing I could do about it, and I wasn't the only one.

Sadly overall this is a pretty mediocre film but it was so close to being something wonderful. I enjoyed it but there was a lot that could have made it so much better.

All of the kids at the screening enjoyed it, for the adults it may well go either way. It definitely deserves a watch at some point.

If I could have my own magic marker that requires nothing but imagination, I would be unstoppable.