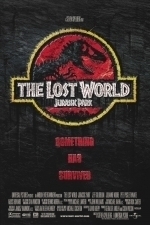 Acting: 10
Jeff Goldblum has a way of captivating any screen he’s on. He has charm, wit, and an erratic nature that’s absolutely hilarious. He has a strong cast backing him up with guys like Vince Vaughn and Julianne Moore helping to run the show.

Beginning: 10
Strong start as we see there are still idiots out there that don’t know how to stay away from these islands. The movie is immediately entertaining while also letting you know it’s going to be a different kind of movie than the first. Definitely piqued my interest.

Characters: 6
One of my biggest issues with the entire movie. I’m honestly surprised I didn’t score it lower. For the most part, I hated these characters outside of Ian Malcolm. I almost wish he had left the rest of them to stew on the island by themselves. Julianne Moore’s character Sarah Harding was obnoxious and pretty annoying. Then again, I can say that for a lot of the characters including Malcolm’s daughter Kelly Curtis (Vanessa Lee Chester). At times, it really made it hard for me to enjoy the movie.

Cinematography/Visuals: 9
The dino special effects were taken to new heights in this one. I particularly love the extra work they put into the velociraptors showing off their incredible jumping ability and rogue-like stealth. I also appreciated the multitude of dinos you get in this one as well from the stegosaurus down to the tiny compies. I can’t remember their names, but my particular favorite dino was the one with the bone head. His hard skull could crash through just about anything. I enjoyed watching it wreak havoc on a number of doors and people.

What bothered me just a bit was the choice of a darker color tone throughout the movie. It was almost as if they were trying to purposefully differentiate from the first by doing this. It takes some getting used to, but ultimately didn’t kill the movie for me.

Plot: 4
What a stupid story. Who in their right mind after hearing all the craziness that went down at the original park would ever go back to face off against these dinos? Rescue mission my ass, not this guy! Had they followed the book, I feel it would have been a lot more believable.

Overall: 77
Let’s be honest, no way this movie was going to match the first in any way. Jurassic Park set an amazing standard that is just hard to follow. However, I will say that, while not perfect, The Lost World: Jurassic Park does have its moments that make it a decent enough watch.