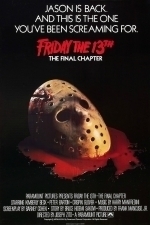 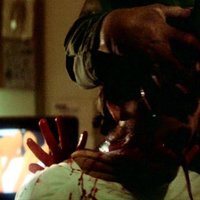 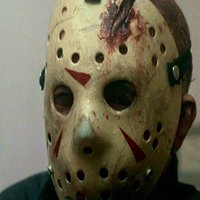 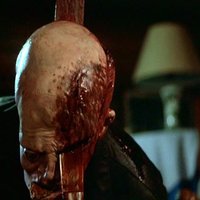 Also my third favorite charcter is in this movie and that's Crispin Glover's charcter. Behind Jason and Shelby of course. I also like the kills in this movie. Axel- throat slit, and head turned around. Paul- Spear in the crotch, Jimmy- he stabbed him with a corkscrew and a meat clever.

Part IV- recaps parts 1, 2, and 3. Which is great, telling the story about Jason and showing his kills.

And of course you cant forget about Tommy Jarvis. This started, his trilogy. Tommy is my 4th favorite charcter.

The plot: A carefree lakeside vacation is interrupted by the re-emergence of killer Jason Voorhees (Ted White). After he escapes from a morgue, leaving bodies in his wake, Jason travels to Camp Crystal Lake where a group of friends is staying. The teens meet some locals: Tommy (Corey Feldman) and Trish (Kimberly Beck), as well as secretive hiker Rob (Erich Anderson). As the group of teenagers engages in drunken debauchery, their numbers begin to dwindle, and pieces of the past resurface.

See next Friday The 13th.