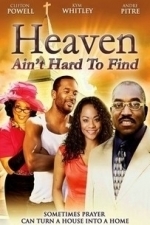 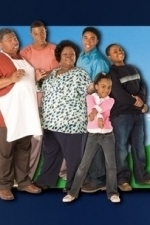 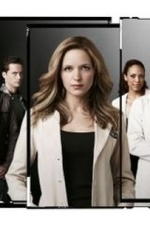 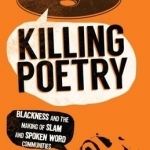 Killing Poetry: Blackness and the Making of Slam and Spoken Word Communities

In recent decades, poetry slams and the spoken word artists who compete in them have sparked a... 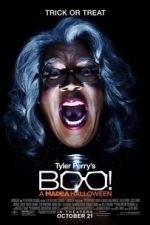 (5 Ratings)
Movie Rating
good comedy movie for halloween
Contains spoilers, click to show
Hellur!!! OK so if you are looking for a good comedy movie for halloween (I know not typically a genre that you look for this time of year) then look no further. If you are a Tyler Perry fan or a fan of Madea you are going to be pleasantly surprised that this movie isn't a flop like (in my humble opinion) A Madea Christmas. Now since the early days I have loved the Madea character and the good wholesome values that Mr. Perry brings to the big screen. Sometimes they can "reach" and other times its just good fun.

In this movie, we find a grown 17yr old Tiffany (played by Diamond White) Brian's Daughter who we first met in Diary of a Mad Black Woman as a little girl (played by Tiffany Evens) and some girlfriends walking home from school, where they come across a Frat House with overly douchey College guys who are cat calling the young high school girls as they walk past their house.

They all try to talk to them and of course they only have one thing on their mind while talking to the girls. They invite them to a Halloween bash that they hold every year and about that time a very angry Brian pulls up and has a verbal confrontation with these guys. Embarrassed by the incident Tiffany is angry and talks back to Brian in front of her girlfriends and the Frat boys. Later we find Tiffany and her friend Aday (played by Liz Koshy) scheming in Tiffany's room about how they are going to sneak out after Brian leaves for work for the weekend.

Brian after finding out that his daughter is going to be meeting up with the boys later, calls Madea to come by and stay with the girls so that she can keep them in line. Well Madea, Joe, Aunt Bam, and Hattie, all show up to the house, where they witness the disrespectful nature in which Tiffany speaks to Brian and how she "throws shade" at the "old people" who are there to thwart her plans to go to the college frat party. Antics ensue as Tiffany decides to play a prank on Madea, Joe, Bam, and Hattie, and tell them a spooky story about how their house is haunted and that the only way to be safe is to go to bed before 10pm. After this the girls sneak out of the house to attend the party. Madea, goes to check up on the girls after some time has passed, and discovers that they are not in bed. Madea rallies up the troop (Bam and Hattie) and heads down to the frat party. When they pull up Madea is accosted by some frat boys on the front steps and after quickly putting them in place, she begins to search the party for Tiffany and Aday. When their friends find out that Tiffany's aunt is looking for her, they are quickly taken outside and Madea is hoisted up by a bunch of angry and drunk party goers and is thrown out the door.

"Mad as hell" Madea returns to Brian's house and calls the cops on the party and has it shut down. The frat boys take it on themselves to get back at Madea. Meanwhile, Tiffany comes downstairs and confronts Madea about what was going on acting like she had been upstairs sleeping in her dad's room the whole time. The frat boys begin messing with Madea, Joe, Bam, and Hattie, scaring them. At which point a couple of the guys, dress up like clowns and stalk Madea, Bam, and Hattie through out the house, eventually causing them to get in Madea's car and flee.

As they head down a dark road Madea's car breaks down. Madea and Hattie get out to try and see what is wrong with the car. About that time shadowy figures begin to appear in the woods surrounding them, and begin chasing them. Madea kicks it into high gear and leaves everyone in the dust and runs into the church where Aday's father the Reverend (Javon Johnson) is the preacher at, asking to be saved from the "demons and clowns and monkeys" and stuff that were chasing her. Aday comes out and tells Madea and the others that it was all just a prank that the frat boys were pulling and that none of it was real. Madea then decides to have some "hullerween" fun of her own by pulling a fast one on the boys. The film ends with a positive message about love, trust, and respect, and Madea running from "the po po".

You are in for a fun time and a good belly laugh. I hope you all take time to get out to see this great movie that is sure to become a family holiday classic.