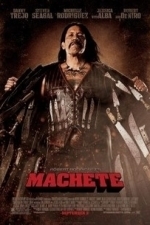 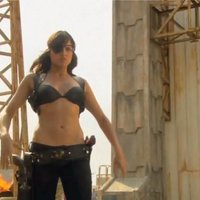 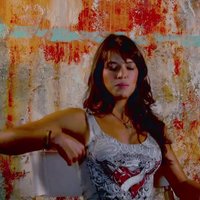 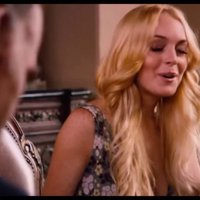 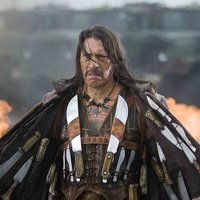 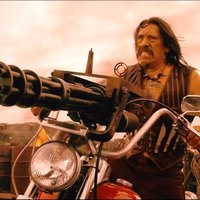 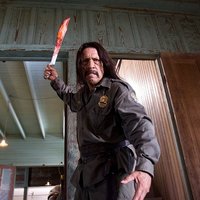 B-Movie Exploitation Film
Machete- is a intresting B-Movie Exploitation action film. I like how Machete was in Spy Kids and that film was PG and now this film is R. Just like how he want easy and really did no killing in spy kids and in this one is full blooded revenge person.

Instead, during the filming of Rodriguez and Quentin Tarantino's Grindhouse, Rodriguez shot lobby cards and sequences from parts of the original script in 2006 for a fake trailer featuring Danny Trejo, Cheech Marin, and Jeff Fahey.

Jessica Alba won a Razzie Award for Worst Supporting Actress, along with her other roles in The Killer Inside Me, Little Fockers and Valentine's Day.

The plot: After nearly being killed during a violent fight with a powerful drug lord, a former Mexican Federale known as Machete (Danny Trejo) roams Texas streets as a vigilante and sometime day-laborer. Hired to perform a covert hit, he is double-crossed and forced to go on the run. Machete may be down, but not out, and he carves a path of blood, bullets and broken hearts in his quest to settle the score. 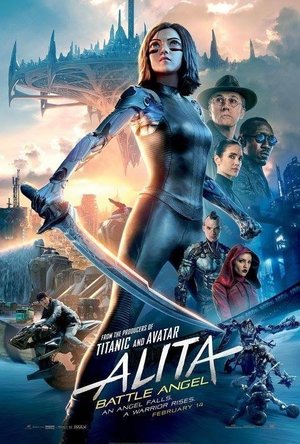 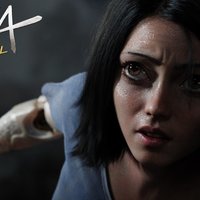 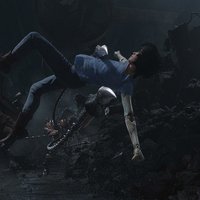 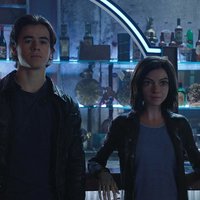 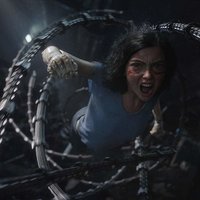 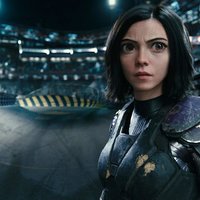 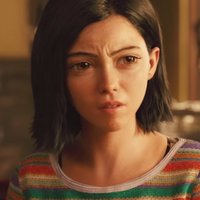 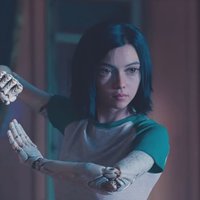 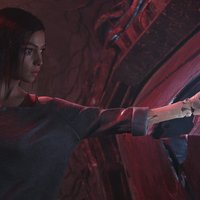 Good visuals, not much else to recommend it
A few of my loyal readers recommended that I check out ALITA: BATTLE ANGEL in the biggest screen I could find, and in 3D. And...I'm glad I did for this film is a visual feast for the eyes, filled with eye-popping CGI and an interesting futuristic world on which the events of the film take place.

Unfortunately...that is all that there is to this film, for the rest of the movie does not live up to the fantastical elements laid forth visually.

Adapted to the screen from filmmakers James Cameron and Robert Rodriguez, ALITA: BATTLE ANGEL is a combination of the first 4 of Yukito Kishiro's series of 9 manga books, and (hopefully) the first in a trilogy of films that follows a robot, Alita, who is put back together by the mysterious Dr. Ido. When she awakens, she does not know what her past was, but as events transpire, it soon becomes apparent that Alita is much more than the sweet, young girl robot that her outward appearance would suggest.

Rosa Salazar is winning enough as the completely CGI creation of Alita, but no so charismatic that she can carry the film on her own, she will need help - and that's where this film falls down. Christoph Waltz is mediocre in the underwritten part of Dr. Ido. Instead of being interesting and mysterious, he is bland and boring. I'm beginning to think that Waltz needs the words of Quentin Tarantino to shine (because he does shine in Tarantino films) but is just so-so when speaking someone else's lines. Jennifer Connelly is wasted as Ido's ex-wife, somehow connected to the power elite of the Universe and Marashala Ali (who will soon win his 2nd Oscar) is completely shutdown and "one-note" as the big bad guy. Ed Skrein, Jackie Earle Haley (completely unrecognizable in voice or character as the CGI bad guy Grewishka) and Keean Johnson are all very forgettable as others in this world. Only Jeff Fahey (as a robot-Cowboy bounty hunter) is able to jump off the screen with what is the beginnings of an interesting character.

The battles, races, action and plot twists and turns are all "standard issue", pretty predictable and unsurprising. It is clear that Cameron and Rodriguez were so focused on the CGI and world building that they did not spend enough time on the plot, dialogue or pacing. And that's too bad, for besides the impressive visuals and graphics (and they are impressive), there is not much else to recommend from this film.

Letter Grade: B- (for the visuals) 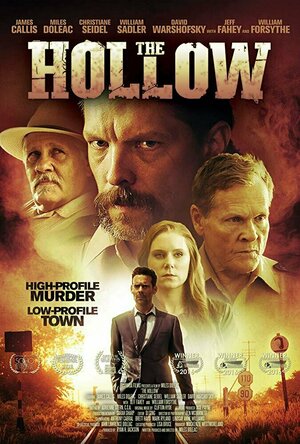 (1 Ratings)
Movie Rating
Often all it takes for me to put a flick on is to see a name of an Actor that I have loved in other movies, this can often make me more forgiving and open to watch the next flick that comes along. When I received The Hollow for the intentions of reviewing. I was smacked in the face by two such names, William Sadler (Shawshank, Die Hard 2) and William Forsythe (Things to Do in Denver When Your Dead, The Rock). Neither actor is setting the world on fire as of late but as a movie fan you know your about to get some solid performances. I was not wrong.


The Hollow is yet another Small Town backwoods crime drama genre in a long line of VOD releases. The difference being that The Hollow has a certain amount of Backwoods charm to it that usually tends to fall flat upon replication, This is in no small part due to the performances driving the Flick. Writer, Director and Star Miles Doleac plays corrupt as balls Deputy Sheriff Ray Everett. In a town that seems to have been forgotten by the outside world Ray is able to function as a truly horrendous unlikable character, But fear not because just about everyone in this down is a bonafide Asshole. The movie kicks into gear fairly quickly when we witness a triple murder down by Make-Out Creek (Thats what they call places like that right). One of the victims being an under-age girl we witnessed barely 10 minutes ago giving Officer Ray some pretty bad head (Like a said he is a proper shit bag)… The FBI comes swarming into town when it is revealed one of the other victims is the daughter of a US Congressman. The game of small town cover up vs government stooges begins.


I’m not going to dive to deep into this flick because it is your standard by the numbers Crime/Drama. I said towards the start of this write-up that sometimes all it takes is a couple of names that you recognize as regular Jobbers who tend to put in solid performances and that is certainly one of the things this movie has going for it. Forsythe, Sadler and Jeff Fahey all being shining lights for me. Not to be out shone in his own movie though Doleac manages to portray a truly horrendous shit bag with no redeeming quality’s at all pretty expertly and that is where your Movie can live or die. Take nothing away from the supporting cast either they were all great just that most characters were fairly one dimensional.

Personally I feel like The Hollow is a good enough movie with some solid performances that you would be kept entertained. The script is not exactly Tarantino levels, while it does at times feel like thats what Doleac was going for, but as I said at the start when you sit down to this movie, you know what your getting.

Its a solid Recommend from 365HQ in a sea of by the numbers Crime/Dramas The Hollow has some pretty great performances and for the directors second Feature Film its a solid effort.
Kudos