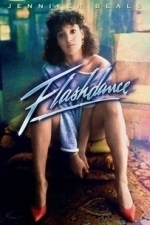 Hardly even a movie at all, but who cares? It's a total blast. Toned with reliably cool + seductive shots from Lyne, God-tier choreography, and a rich 80s soundtrack that positively fucks hard. Jennifer Beals is a force of nature and studio Hollywood did her so dirty by not giving her many other worthwhile roles after this. Have a couple gripes, mainly the way it suggests that certain forms of exotic dancing are dead-end last resorts which are inherently demeaning - and the women seem to be the only ones who really get punished here as opposed to the creepy, trashy men (not to mention that dumbass eating joke with the receptionist). But on the flipside, it's nice to see a movie where women are celebrated for their genuine talent but also aren't squarely defined by it. That final audition dance scene is just about perfect. Good vibes. It's easy to see why its brief mention was one of the only good qualities of boredom all-timer 𝘛𝘩𝘦 𝘍𝘶𝘭𝘭 𝘔𝘰𝘯𝘵𝘺. 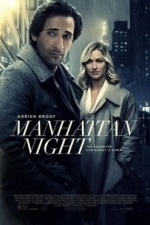 (2 Ratings)
Movie Rating
Characters – Porter Wren is a well-respected journalist in New York, he has a comfortable job in his paper because of his reputation for telling people’s stories. His latest case however will get him looking into the murder mystery that will push himself to the limits when he gets involved with the victim’s wife. He narrates a lot of this which is the films way of trying to have a dig a modern society. Caroline is the wife whose husband has been killed, she seduces Porter, which plays her out to be a siren, only she soon feels like a victim with this character get caught in the middle we never know which side she is meant to be, one that gets what she wants or just a victims. Simon is the husband that has been murdered meaning we only see him in flashback of how the two were married. Lisa is the wife of Porter, she is doctor and from how Porter tells the story they don’t get along as they once did.

Performances – Adrien Brody does well in the leading role in the film even if he doesn’t make his character feel much different than any others from the similar genre. Yvonne Strahovski fits the seductive side to her character, though without being the strongest in the serious side of the story. Campbell Scott and Jennifer Beals just don’t get enough time to show their skills off in this film.

Story – The story here follows an investigation into an unsolved murder which brings the investigative reporter into a series of cover ups and conspiracy in true noir style. Using the noir style is clear here, the execution of the noir style doesn’t quite come off though because the siren doesn’t feel like a siren and by the end you will be left wondering just why the investigation wasn’t solved by the police in the first place, let alone why the reporter is even asked to investigate it. Nothing really comes out of solving the case which is the biggest disappointment from everything we are getting invested in.

Crime/Mystery – The crime side of this mystery does involve a murder that hasn’t been solved, it does have other crime elements involved too which just confuse the simply plot.

Settings – The film is set in New York and uses a secret house to show a place of peace in this busy city and how people can meet and connect through life.


Scene of the Movie – The truth.

That Moment That Annoyed Me – The case felt pointless to solve.

Final Thoughts – This is a noir styled crime mystery that gives us a case that almost doesn’t need to be solved in the end.