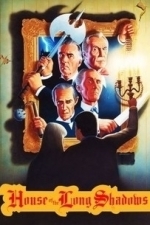 (3 Ratings)
Movie Rating
Christopher Lee (3 more)
Vincent Price
Peter Cushing
John Carradine
When Four Horror Icons Collide
House of the Long Shadows- is a excellent movie. It has four horror legends and icons in it. Vincent Price, Peter Cushing, Christopher Lee and John Carradine. It mixes horror, suspense and comedy and it does a excellent job with it.

The plot: An American author finds a dilapidated Welsh manor perfect for writing until the residents host a bizarre family reunion.

Its a must see film. 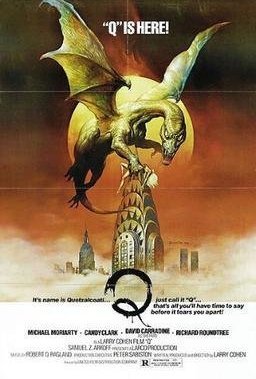 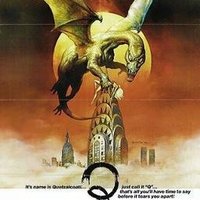 Hugely likeable, tongue-in-cheek mash-up of monster movie and crime drama. An ancient Aztec dragon-bird-god begins terrorising window-cleaners, construction workers and other people on top of high buildings in New York. Small-time crook (Moriarty) comes across the lair but will only tell heroic detective (Carradine) if the price is right.

The stuff with the monster is grisly good fun, while the more down to earth scenes are lifted hugely by the terrific performance of Moriarty, who seems to think he's appearing in a John Cassavetes film. The special effects are heroically over-ambitious and a subplot about an Aztec cult committing human sacrifices feels like an awkward afterthought, but that just adds to the entertainment value of an unashamed exploitation movie, and a mighty fine one too.
Kudos

It's a lot of fun.
Kudos 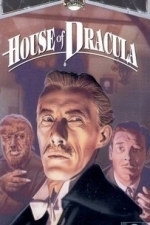 (4 Ratings)
Movie Rating
Get The Gang All Together: The Crossover II
House of Dracula- was a direct sequel to House of Frankenstein, and continued the theme of combining Universal's three most popular monsters: Frankenstein's monster (Glenn Strange), Count Dracula (John Carradine), and the Wolf Man (Lon Chaney Jr.).

The plot: This monster movie focuses on the iconic vampire, Count Dracula (John Carradine), and Lawrence Talbot (Lon Chaney), better known as the Wolf Man. Both beings of the night are tired of their supernatural afflictions, so they seek out Dr. Franz Edelmann (Onslow Stevens) for cures for their respective curses. While trying to aid the imposing creatures, Edelmann himself develops a transformative condition, adding to the many ghouls lurking around the foreboding landscape.

The working titles for the film were Dracula vs. the Wolf Man or The Wolf Man vs. Dracula.

Although Glenn Strange appears as the Monster in most of the film, footage of Chaney as the Monster from The Ghost of Frankenstein and Boris Karloff from Bride of Frankenstein was recycled; Karloff appears in a dream sequence, while Chaney, as well as his double Eddie Parker, are seen in footage in a fire scene.

Strange recounts that a scene with the Monster stuck in quicksand was particularly arduous for him. On top of three hours of getting into makeup, Strange spent the rest of the day buried in cold sand, including during the lunch break, and was so cold by midafternoon that he could barely feel his legs. Lon Chaney Jr. attempted to help Strange keep warm by passing him a bottle of scotch, with the result that Strange was so drunk that after getting out of costume and makeup, he had difficulty dressing himself in his street clothes. Chaney's drinking contributed to his reputation as being difficult to work with, and probably was the reason Universal let him go after the film was completed. 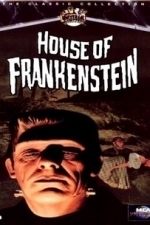 (4 Ratings)
Movie Rating
Get The Gang All Together: The Crossover
House of Frankenstein- is the ultimate monster crossover. It has Frankenstein, Dracula played by John Carradine, the Hunchback and the Wolf-Man played by Lon Chaney Jr. and a mad scientist played by Boris Karloff.

This "monster rally" approach would continue in the following film, House of Dracula, as well as the 1948 comedy Abbott and Costello Meet Frankenstein.

The plot: After escaping from prison, the evil Dr. Niemann (Boris Karloff) and his hunchbacked assistant, Daniel (J. Carrol Naish), plot their revenge against those who imprisoned them. For this, they recruit the powerful Wolf Man (Lon Chaney), Frankenstein's monster (Glenn Strange) and even Dracula himself (John Carradine). Niemann pursues those who wrong him, sending each monster out to do his dirty work. But his control on the monsters is weak at best and may prove to be his downfall.

Frankenstein Meets the Wolf Man (1943) had been the first on-screen pairing of two Universal Studios monsters, but The House of Frankenstein was the first multi-monster movie. Early drafts of the story reportedly involved more characters from the Universal stable, including the Mummy, the Ape Woman, the Mad Ghoul, and possibly the Invisible Man. Working titles—which included Chamber of Horrors (a reference to Lampini's travelling horror show) and The Devil's Brood—emphasized the multi-monster nature of the story.

The multi-monster approach, which emphasized box office appeal over continuity, was used in House of Dracula the following year and later in Abbott and Costello Meet Frankenstein. The House of Frankenstein marked Glenn Strange's debut as the monster. Strange, a former cowboy, had been a minor supporting player in dozens of low-budget Westerns over the preceding 15 years. He reprised the role in House of Dracula and Abbott and Costello Meet Frankenstein, and cemented the popular image of the monster as shambling, clumsy, and inarticulate. Boris Karloff, who had moved on from playing the monster to playing the mad scientist, reportedly coached Strange on how to play the role.

Some continuity errors are evident in the finished film. After Dracula is thrown from the carriage, he looks over to where his coffin has landed; in a close-up, part of his mustache is gone. Also, when Talbot transforms into the Wolf Man for the final time, his hands lack fur.

Karloff's performance in this film is his last in Universal's classic horror cycle.

Its a fun entertaining movie starring the uninversal monsters.
Kudos