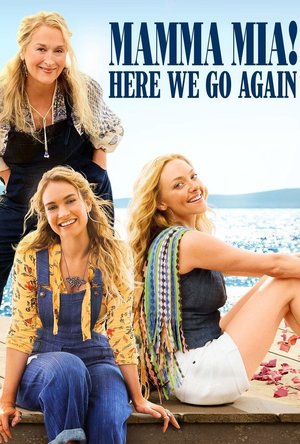 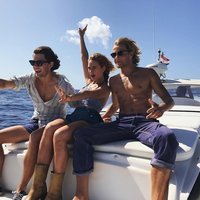 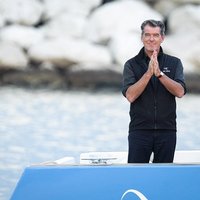 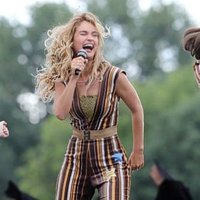 I had a dream. A sob. A sing.
You remember in “Aliens” when Ripley (Sigourney Weaver) fought through hell and high water against that “bitch” to protect the youngster Newt (Carrie Henn)? And then how betrayed you felt in that emotional investment at the start of “Alien 3”?

Which brings us spoiler-free to the start of “Mamma Mia! Here We Go Again”, typically shortened by everyone to “Mamma Mia 2”, the sequel to the enormously successful cheese-fest (and Bros-fest) that was the first film, now – unbelievably – 10 years old.

Sophie (Amanda Seyfried) is trying to open the Bella Donna hotel on that magical Greek island separated from her husband Sky (Dominic Cooper) who is learning the tips of the hotel trade in New York. As preparations for the opening party progress we flash back to the back-story of Donna (as a post-graduate played by Lily James) as she meets Harry (Hugh Skinner, “The Windsors”, “W1A”), Bill (Josh Dylan, “Allied”) and Sam (Jeremy Irvine, “War Horse”) en route to Greece.

If you remember the first film and thought Donna (Meryl Streep) was a bit of a… erm… ‘loose woman’, then this plot point could have been amplified by seeing the “dot, dot, dot” acts in the flesh, as it were. Fortunately, in steps Lily James as the young Donna who is so mesmerisingly gorgeous and vivacious that you can forgive her just about anything. “Beguiling” was the description my better half came up with, and I couldn’t describe her better. Supporting her effectively are Alexa Davies (as the young version of Julie Walters‘ character) and Jessica Keenan Wynn (as the young version of Christine Baranski‘s character). The trio’s exuberant performance of “When I Kissed the Teacher” sets the tone well for the grin-fest to follow. (By the way, if you are a Mary Poppins fan then a bit of trivia is that Wynn is the great-granddaughter of Ed Wynn, the character who “Loved to Laugh” on the ceiling!).

In these days of drought, Trump vs the world, Brexit and universal bruhaha, this is a much-needed joyful film, and far better I would say than the original. A good story, well executed and stuffed with excellent tunes. True, apart from a number of key repeats, we are more in the territory – in CD terms – of “More Abba Gold” than “Abba Gold”, but Bjorn and Benny’s B-sides are still better than many other’s A-sides. What’s really nice is that the songs are well chosen to mesh better into the story and the lead singing of Seyfried and James is uniformly excellent. Pierce Brosnan gets to sing (no, no, come back!) but it is cleverly low-key and genuinely touching. And as for Celia Imrie, you’re a legend and we forgive you!

It’s also far better at finding both humour and pathos than the original, with the splendid Hugh Skinner exhibiting perfect comic timing and comedian Omid Djalili being very funny (stay to the end of the end-credits for a very funny monkey). National treasure Julie Walters also adds excellent comic content, particularly in a number of dance scenes.

And as for the pathos, if the duet at the finale doesn’t move you to tears you are either made of rock or are immune to being shamelessly manipulated! It’s a well-scripted convergence of grief and joy (I feel Richard Curtis‘s hand in the story here) around one of Abba’s most beautifully tear-jerking songs. I will admit to you – don’t tell anyone else – that I was left in a complete mess… another reason to sit through the end titles!

At the elderly end of the cast list Andy Garcia is magnificent as the South American hotel manager Mr Cienfuegos (you’ll NEVER guess what his first name is!) and Cher (“Moonstruck”) literally rocks up trying hard to steal the show as Sophie’s Vegas superstar grandmother.

Directed and scripted by “Best Exotic Marigold Hotel” director Ol Parker (the lucky guy who is married to Thandie Newton!) it drips with cheese again, but who cares when it is so stylishly done. Should you see this? The test is simple: if you hated “Mamma Mia” then you will hate this one; if you loved “Mamma Mia” you will simply adore this one. 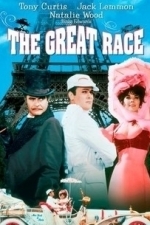 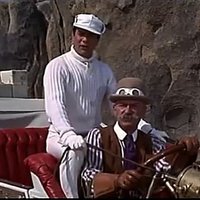 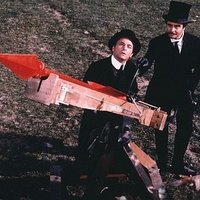 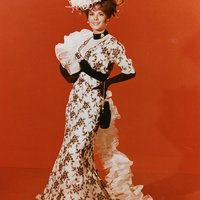 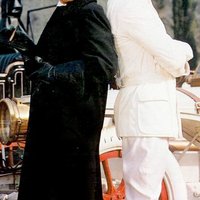 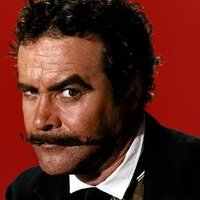 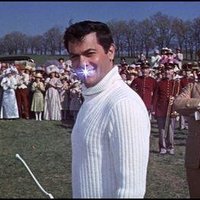 A fun throwback to 1920's Silent Film Farces
In a tribute to films of a bygone era, Director Blake Edwards pays homage to silent film farces of the 1920's - even dedicating this film to "Mr. Laurel and Mr. Hardy" - with the slapstick comedy THE GREAT RACE - and succeeds, mostly.

Reteaming Tony Curtis (as the brave, virtuous and good "The Great Leslie") and Jack Lemmon (as the sinister, dastardly and evil "Professor Fate"), The Great Race is great fun watching these two cartoon characters spar and parry with each other throughout the course of this 2 hour and 40 minute farce.

Lemmon, in particular, relishes in dual roles as the menacing Fate, always dressed in black, twirling his mustache and coming up with scheme after scheme to derail Leslie (think the Coyote in the RoadRunner cartoons). His overacting and hammyness in the character is perfect for the tone that this film has set. And his maniacal laugh is one to remember - unless you are remembering the childlike guffaws of the other character Lemmon portrays, the doppelganger of Fate, Crown Prince Frederick. Both these characters are fun to watch and Fate, especially, plays well against his bumbling assistant and foil, "Max", played in utter buffoonishness by the great Peter Falk.

Joining Curtis for the "good guys" is Natalie Wood as Suffragette and Newspaper
Reporter Maggie DuBois (obviously tailored after real life Suffragette and Newspaper Reporter Nellie Bly). It is said that Curtis and Wood did not get along on set (they had worked together in 2 other films and grew to dislike each other), but their on-screen chemistry cannot be ignored and they are fun together. As is the great Keenan Wynn as Leslie's mechanic and friend Hezekiah Sturdy.

But it is not the characters that makes this film go it is the set pieces and frenetic pacing that Director Edwards put before us. From thrilling chase scenes to a Western barroom brawl, to a trip through a blizzard with a polar bear to the "largest pie fight ever put on screen", this film delivers the goods in a wholesome, 1960's way that makes me truly say...